Pakistan has refused to accept directly the Indian aid of five million dollars for its desperate flood victims and instead suggested that it be routed through the UN.

Pakistan has conveyed this to India which is expected to agree to this procedure, sources said in New Delhi on Saturday. The sources made it clear that India has no problem in routing the relief material through the UN. "It is a humanitarian crisis (being faced by Pakistan) and India has offered the aid as a goodwill gesture. The modalities of providing the assistance do not matter," a source said.

On when the relief material would be sent, the sources said such aspects would be worked out when an idea is received from Pakistan as to what material they want. "The broader objective is to provide humanitarian assistance in the hour of need to Pakistan," the source said. The floods have killed over 1,700 people and affected 20

million in Pakistan. Around 1.2 million homes have been destroyed or damaged. The floods started over a month ago following heavy rains in the country's northwest.

India had made the offer of aid on August 14 when External Affairs Minister S M Krishna called up his counterpart Shah Mahmood Qureshi. Pakistan was reluctant to accept the aid. Three days later and after a nudge from the US, Qureshi said Pakistan was ready to accept the Indian assistance. The resources of the Pakistan government and aid agencies are already strained in their effort to provide relief.

The UN, which is extending massive assistance, has said it is struggling to meet the needs of the affected people. "The floods are outrunning our relief efforts. We move faster and faster, but the finish line keeps moving further ahead," UN spokesman Maurizio Giuliano said a few days back. "This is turning out to be a marathon, not a sprint."
Source: PTI© Copyright 2021 PTI. All rights reserved. Republication or redistribution of PTI content, including by framing or similar means, is expressly prohibited without the prior written consent.
Related News: Pakistan, UN, Shah Mahmood Qureshi, India, Maurizio Giuliano
SHARE THIS STORY
Print this article
Pak yet to decide on India's aid for flood-relief 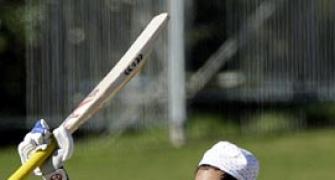 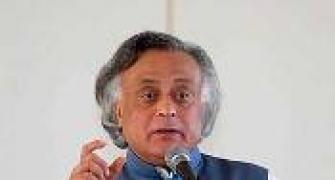 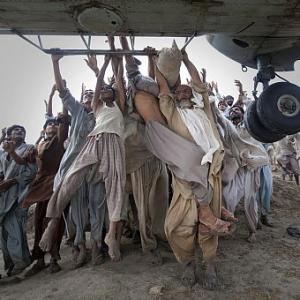