Pak should improve its relations with India: A Q Khan

Disgraced Pakistani nuclear scientist A Q Khan, known for his anti-India stance, has said Pakistan should improve relations with India in order to counter alleged US plans to divide the country.

"The US agenda regarding Pakistan is very clear. It wants to divide Pakistan and wants to limit the country merely to the Punjab. The US wants to get a no-war pact signed with India after naming the Punjab as Pakistan whereas we should improve relations with and adopt a friendly attitude towards India, instead of signing a no-war pact with her," Khan said.

Khan said Pakistan's relations with India were "heading in the right direction nowadays".

Pakistan should promote friendly relations with India while sticking to its stance, he said in an interview with the Jang media group.

He said he does not want to play a role in national politics but has launched the Tehrik Tahaffuz-e-Pakistan party to protect the country.

He further said he does not want to assume power but wants to bring good and clean people in power.

He said a government that has a democratic face and acts on the dictates of the US, like the current administration, is highly suitable to Washington.

Khan claimed the government and opposition were equally responsible for the unrest, lawlessness and instability in Pakistan.

Political ineptitude, lack of strategy and wrong decisions on the part of Sharif had a major role in making Zardari so strong, he claimed.

Sharif cooperated with Zardari under the Charter of Democracy signed by the PPP and PML-N.

"He believed that the government of Zardari will last just a few months or a maximum of two years and then he will be the only successor.

"Because of the same confidence and misunderstanding, he did not even get his share for extending cooperation and did not demand the offices of the Prime Minister, Speaker of the National Assembly or the office of the Senate Chairman," he said.

Referring to the upcoming general election, Khan said the claim of the Supreme Court that it had closed all doors for the army to come to power was meaningless because if the army wants, it can assume power and create a justification for assuming power.

If the army wants, it could also hold elections on scheduled time.

Khan claimed Pakistan's nuclear programme was currently 100 percent safe but if any dictator assumed power, nothing could be said about the safety of the programme. 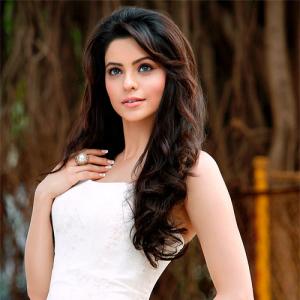 Aamna Sharif: I'm too young to play a mother