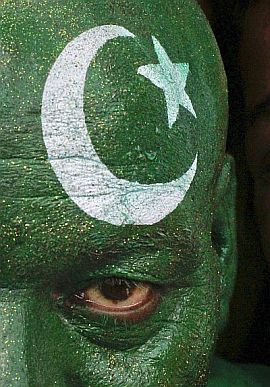 A mob of over 3000 people rampaged through a Christian neighbourhood in this eastern Pakistani city on Saturday following reports that a Christian man had committed blasphemy, burning scores of houses and driving out about 150 families.

The mob stormed Joseph Colony in the capital of Punjab province and vandalised and burnt the homes of Christians.

A large contingent of policemen deployed in the area did nothing to stop them, witnesses and local residents said.

No one from the Christian community was hurt, though several policemen were injured when the mob lobbed stones at them.

The mob pulled furniture, household goods and utensils out of the homes and smashed and burnt them in the streets.

The trouble began on Friday, when over 2,000 enraged Muslims gathered around Joseph Colony and pelted stones at the homes of Christians.

The mob was led by one Shafiq Ahmed, who claimed he was looking for a Christian named Savan Masih as he had allegedly committed blasphemy by insulting the Prophet Mohammed.

Though the mob could not trace Masih, some men found his 65-year-old father Chaman Masih and assaulted him. They then burnt Masih's home.

Late Friday evening, the mob dispersed after a police contingent was posted in the area and officials said they had registered an FIR against Masih under the blasphemy law.

On Saturday morning, the mob returned to Joseph Colony and drove out all Christian families that were still in the area.

Footage on television showed houses and cars on fire. Smoke billowed out of the ruins of several houses as members of the mob stood watching on the streets.

The mob dispersed late this afternoon after the cleric of a nearby mosque assured them that action would be taken against the alleged blasphemer.

Police officials said they had arrested 26-year-old Savan Masih on a charge of blasphemy.

Chief Minister Shahbaz Sharif, who heads the PML-N government in Punjab, ordered a judicial inquiry into the incident on Saturday evening.

He said attackers identified from video footage of the incident would be arrested and charged under the Anti-Terrorism Act.

Two senior police officers posted in the area had been removed from active duty for failing to control the violence and a committee headed by provincial Law Minister Rana Sanaullah will monitor the investigations into the incident.

Each affected family will be paid Rs 2 lakh as compensation and the Punjab government will rebuild the destroyed homes.

A relief camp would be set up for families made homeless, Sharif said.

Sharif said the attackers had insulted the message of the Prophet Mohammed.

He called on Islamic clerics to come forward and play a role in protecting the rights of minorities.

Shahid Imran, named as the complainant in the FIR against Savan, alleged that the Christian youth had uttered blasphemous remarks about the Prophet Mohammed in the past but he had ignored them.

He said his friend Shafiq Ahmed had decided to act after Masih again allegedly made blasphemous remarks on Thursday.

On Friday, Ahmed gathered other men and went to Savan's house. Muslim residents of nearby areas joined the group after Friday prayers and the situation went out of control as the mob swelled.

However, Hafiz Abdul Majid, the chief of Badami Bagh police station, told the media that a preliminary investigation had shown that Imran had falsely accused Masih of blasphemy.

Police were forced to register a case against the Christian youth to placate the mob, Majid said.

Rights activists have said that Pakistan's blasphemy law is often misused to persecute minorities like Christians and to settle personal scores.

Last year, Rimsha Masih, a mentally challenged teenage Christian girl, was framed for blasphemy by a Muslim cleric in Islamabad.

The girl was later exonerated by a court but she and her family had to go into hiding.

Both leaders expressed grave concern at the incident and Zardari sought a report from provincial authorities.

"Safeguarding the rights of all citizens -- Muslims and non-Muslims alike -- was one of the main responsibilities of the government...Such acts of vandalism against minorities tarnish the image of the country," Zardari said. 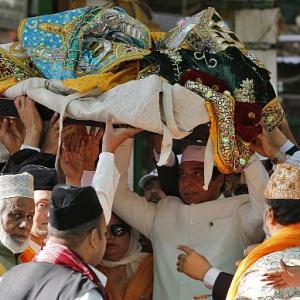