A Pakistani-origin taxi driver indicted on charges of providing material support to terror group the Al Qaeda and accused of having links with Hasrkat-ul-Jihad-al-Islami chief Ilyas Kashmiri pleaded not guilty in a US court on Monday.

Wearing an orange prison jumpsuit with his hands shackled, 56-year-old Raja Lahrasib Khan appeared before Judge James Zagel in US district court in Chicago for his arraignment.

After taking an oath, stating his name and age, Khan said he was pleading not guilty to the charges of providing material support and funds to Osama bin Laden's terror group.

During short session, the Judge set May 5 as the date for next hearing.

Members of Khan's family, including his son Omar and wife Diane, as well as a few cab drivers were also present during the hearing.

The accused will be in lock-up till then without bond.

Khan was arrested from downtown Chicago on March 26 as he was waiting in his cab for customers.

His arrest comes five months after Chicago residents David Headley and Tahawwur Hussain Rana were arrested by the Federal Bureau of Investigation on terror charges. Headley has since pleaded guilty to his role in the Mumbai 26/11 attacks.

Talking to reporters after hearing, Khan's lawyer Thomas Durkin said he would be challenging the government's allegations that there was an attempt to send money in support of a foreign terrorist organisation specifically al-Qaeda.

"There are a lot of organisations in Kashmir and lot of charities in Kashmir. There is a strong political issue regarding Kashmiri independence. I think that will play heavily in this case. I don't think you can just quickly lump every group that wishes Kashmir to be independent to be the Al Qaeda," Durkin said.

"The government has a pretty heavy burden here. Whether or not they can link anything to the Al Qaeda remains to be seen. All you read about today is that everybody is a member of the Al Qaeda, except when it comes down to taking responsibility for something, nobody takes responsibility," he said.

Durkin said he is putting together a proposal to federal prosecutors and judge and working on a collateral to get Khan released on bond.

Khan, who claims to have known the Al Qaeda-linked HuJI chief Ilyas Kashmiri for 15 years, is being held at the federal lock-up Metropolitan Correctional Centre where 26/11 plotter Headley and co-accused Pakistani-Canadian Rana are also detained.

He came to the US in 1975 and became a naturalised citizen in 1998. He has three children from his previous marriage and has been married to an American since 1994.

According to the complaint against him, Khan discussed attacking a stadium in the US with an undercover agent whom he also told that he has known the Al Qaeda operative Illyas Kahmiri for 15 years and has sent money to him to purchase weapons.

"My client is from Kashmir and he has his own political beliefs about Kashmiri independence. Once you start talking politics and start talking groups and start labeling people, things get a little dicey," he said.

Durkin would look into the evidence against Khan and said he was "happy" that he would be able to see all tapes in the complaint.

"This is really nothing more than some tape recordings by undercover cooperating individuals. I don't believe they will be able to link him to knowing and intentional transfer of money to the Al Qaeda", he added.

On how his client was doing in custody, Durkin said, "He's fine. He was having some high blood pressure problems and that is a little bit uncomfortable for him but he is getting his medication".

Bill Burns, a fellow cab driver who was present for the hearing, said he would support Khan, who is "well respected by a lot of people".

Durkin said the presence of cab drivers and family in the court signifies that Khan has a lot of support and "terrorists do not get such support. We are going to fight and get our day in court".
Source: PTI© Copyright 2021 PTI. All rights reserved. Republication or redistribution of PTI content, including by framing or similar means, is expressly prohibited without the prior written consent.
Related News: Thomas Durkin, Al Qaeda, Ilyas Kashmiri, David Headley, Khan
SHARE THIS STORY
Print this article
The burnt-out case of David Headley 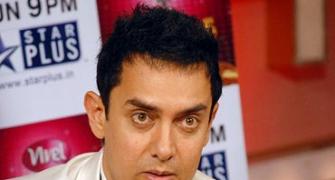 Aamir Khan: I am the brand ambassador of India
Pak-American cabbie to be in jail pending trial 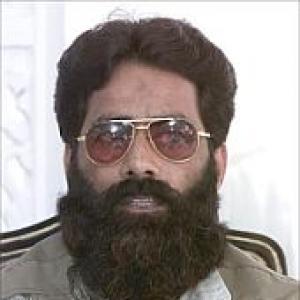