'Pak JIT was given irrefutable evidence' 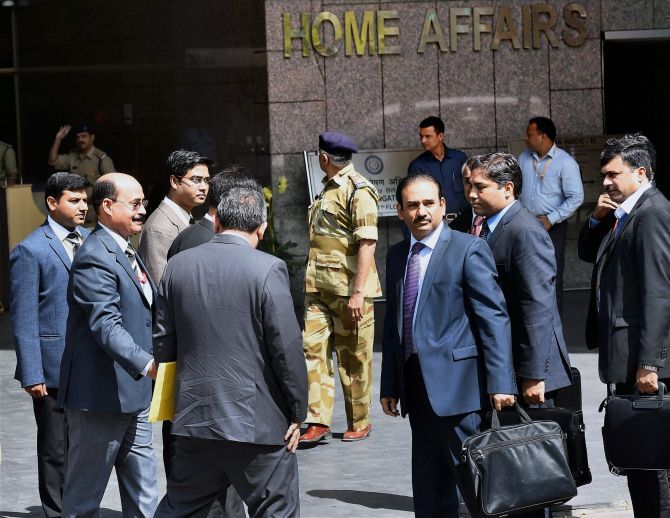 Pakistan media reports that the Pathankot terror attack was ‘stage-managed’ by India are seen in New Delhi as a ‘doublespeak’ by Pakistan’s security establishment.

“The report in a Pakistan pro-government daily only shows that the ISI (Inter-Services Intelligence) and Pakistan army were indulging in doublespeak. India has provided irrefutable evidence to Pakistan Joint Investigation Team during their visit here regarding the involvement of Pak-based terrorists,” a government source said.

The news report in daily Pakistan Today quoted an unnamed JIT member to say that the attack was nothing but ‘vicious propaganda’ against Pakistan as Indian authorities did not have any evidence to back their claims.

‘Within hours of the assault, all the attackers were shot dead by the Indian security forces. However, the Indian authorities made it a three-day drama to get maximum attention from the world community in order to malign Pakistan,’ the report added.

Rebutting the report, another government source said the evidence provided to the JIT can stand international scrutiny and expressed surprise over media reports emerging that the National Investigation Agency had not provided enough evidence to the visiting team.

“The JIT was handed over whatever they asked for which included certified copies of statements of witnesses, DNA reports of four terrorists, memos of articles seized from them,” the source said.

Pakistan had made a request under section 188 of Criminal procedure Code of Pakistan for collecting the evidence from the NIA.

The call data records of the two phones snatched from superintendent of police Salwinder Singh and his jeweller friend Rajesh Verma which were used by the terrorists to call a number in Pakistan were also shared with the JIT, the source said.

India also shared the conversation recorded between Nasir Hussain, one of the four terrorist who carried out the attack on IAF base during the intervening night of January one and two, with his mother Khayyam Babber.

The NIA has asked for a DNA sample from Nasir's family.

The agency has also handed over call recordings of terrorists holed up inside the Indian Air Force base with their handlers including Kashif Jaan, who has since been missing.

The Pakistani JIT had asked the NIA to hand over swabs of four terrorists identified as Nasir Hussain (Punjab province), Abu Bakar, (Gujranwala), Umar Farooq and Abdul Qayum (both from Sindh).

However, the NIA handed over to the visitors the DNA report of the terrorists and asked them to match those with their family members, the sources said.

The list for recording the witnesses was submitted to the NIA by Pakistani team only.

The 16 witnesses questioned in all included Singh, Verma and cook Madan Gopal. The three were kidnapped by the Pathankot attack perpetrators belonging to the banned Pakistan-based Jaish-e-Mohammed on the intervening night of December 31 and January one.

The terrorists had allegedly dumped Verma after slitting his throat and continued their journey with Singh and Gopal before jettisoning them a few kilometres away from the strategic air base at Pathankot.

The terrorists entered the air base and mounted the brazen assault on the intervening night of January one and two. In the fierce encounter that ensued, seven security personnel besides four terrorists were killed.

Meanwhile, the Congress demanded an apology from Bharatiya Janata Party chief Amit Shah for ‘having distributed certificates of sincerity to Pakistan’.

Attacking Prime Minister Narendra Modi over the development, the party said in a tweet, ‘Did Modiji invite the Pakistani JIT so that they could insult the memory of our brave martyrs?’

He said, “It is now clear that neither has Modiji’s rhetoric of 56 inches chest or showing red eyes to Pakistan and China paid off nor has his sudden visit to Pakistan and attending feasts and marriage parties with Prime Minister Nawaz Sharif had any effect.”

The Congress leader said the Prime Minister should ‘rise over theatrics’ and take diplomacy seriously, which the country expects as 125 crore people of India are feeling ‘betrayed’ by Modi.

Alleging that the development has caused ‘national embarrassment’, senior party spokesperson Anand Sharma said Congress had ‘cautioned’ the prime minister and the government about the JIT which also had a representative from the ISI.

“A diplomatic crime has been committed. This has caused national embarrassment. BJP chief Amit Shah, who lacks any comprehension of the complex issue and gravitas of foreign policy, was distributing certificates of sincerity to Pakistan in the Pathankot matter. He should apologise to the people,” Sharma said.

He claimed this happened as the BJP chief and the national security advisor were ‘busy operating the dirty tricks department and engaged in toppling the Congress governments more than paying attention to serious issue’.

Surjewala said the ‘reposition of confidence’ in the Pakistani JIT by Shah appears to have ‘backfired’.

“They came to our country with a pre-determined agenda and went away after leveling false allegations. Even China has come to their rescue in the United Nations by vetoing declaration of Maulana Masood Azhar as a terrorist,” Surjewala said. 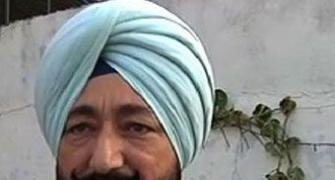 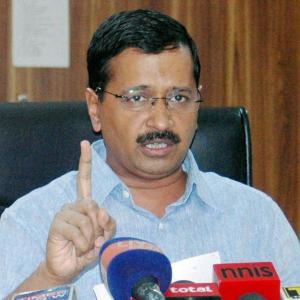 Modiji, reveal the deal between you and Sharif: Kejriwal 'Pathankot attack was staged by India to defame Pakistan'