Pak insists on US apology for NATO strike

Source: PTI
June 05, 2012 16:50 IST
Pakistan has refused to budge from its position seeking a United States apology for a North Atlantic Treaty Organisation air strike that killed 24 of its soldiers last year, saying this is necessaryfor ending a six-month blockade of vital supply routes for foreign troops in Afghanistan.

"(The apology is) something which should have been forthcoming the day this incident happened, and what a partnership not only demands, but requires," Foreign Minister Hina Rabbani Khar said. She contended that higher principles should take precedence over politically-popular considerations.

Khar asked the US to live up to its democratic ideals by respecting the will of Pakistan's Parliament, which has passed a resolution asking the US to apologise for the cross-border NATO air strike that killed 24 Pakistani soldiers in November.

Pakistan responded to the attack by closing NATO supply routes and forcing US personnel to vacate an airbase that was considered a hub for Central Investigation Agency-operated drones.

Despite protracted negotiations over the past few months, Pakistan and the US have been unable to reach an understanding on reopening the supply lines.

Bickering over fees to be paid by NATO containers and tankers passing through Pakistani territory and Islamabad's insistence on an apology for the NATO attack have held up a deal between the two sides.

"For us in Pakistan...the most popular thing to do right now is to not move on NATO supply routes at all. It is to close them forever," Khar told Foreign Policy magazine.

"If I were a political advisor to the prime minister, this is what I would advise him to do. But I'm not advising him to do that...because what is at stake is much more important for Pakistan than just winning an election," she said, referring to the general election expected to be held early next year.

"A representative Parliament of 180 million people has spoken on one subject," Khar said in a reference to new guidelines framed by a joint sitting of Parliament for resetting Pakistan-US ties.

The US has expressed regrets for the NATO attack and Western media reports have quoted senior American officials as saying that the Obama administration will not issue a formal apology.

Faced with the blockade of supply lines through Pakistan, the US and NATO have been transporting essential supplies into Afghanistan via a longer northern distribution network that passes through Russia and Central Asian states.

In the wake of a New York Times article that highlighted how US President Barack Obama personally guided the drone war on Pakistani soil, Khar criticised the use of the spy planes as counter-productive. "If you are creating 10 more targets for every target you take, are you doing a service or a disservice to your eventual goal of winning the war," she asked.

Khar also spoke about the 33-year prison term given to Shakeel Afridi, the Pakistani doctor who helped the CIA track Osama bin Laden before the al-Qaeda chief was killed in a unilateral American raid in Abbottabad.

Afridi's sentencing has emerged as fresh challenge for Pakistan-US ties.

"Clearly, my advice at this point is that we don't need to blow this out of proportion at all," Khar said.

Afridi has two opportunities to appeal against the judgment, she said. "But I would certainly not want this particular issue to cast a shadow over the relationship." 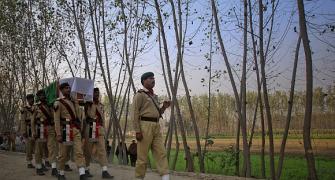 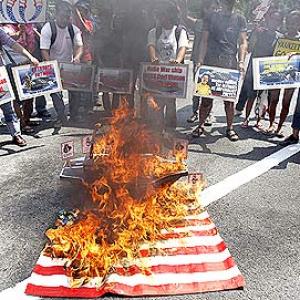