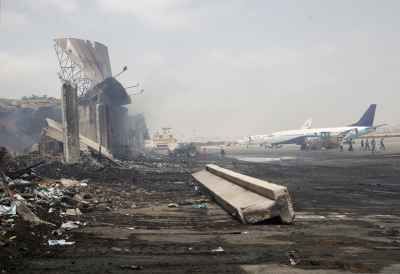 The United States on Wednesday warned that Pakistan faces a "serious" threat from the Taliban and offered its assistance to fight against terrorism after the recent attacks in Karachi.

"There is no doubt that the threat of violent extremism in Pakistan, including the TTP, is serious," a US state department spokesperson told PTI.

The people of Pakistan have suffered greatly at the hands of terrorists and violent extremists, the official said, adding that Pakistan continues to lose many police, soldiers and civilians.

"The US stands with Pakistan in this struggle and we remain engaged with the government of Pakistan on this issue. Certainly the United States and Pakistan have a common enemy and a common cause in the fight against violent extremism and we will continue to work with Pakistan as it combats extremism and violence," the spokesperson said.

"We have a strong ongoing dialogue with Pakistan regarding all aspects of our bilateral relationship and shared interests, including security and counter-terrorism cooperation and we work together to address these concerns," said the official.

The official stressed that the United States and Pakistan continue to have a vital, shared and strategic interest in ending terrorism and in the pursuit of a stable, peaceful, and prosperous region.

The official's comments came after the Pakistani Taliban confirmed that Uzbek militants took part in the deadly assault on Karachi's international airport that killed at least 39 people.

Ten Uzbek militants entered the Jinnah International airport on Sunday night from different directions in two groups, resulting in a bloody standoff lasting for about 13 hours.

A day after the assualt, Taliban militants attacked a training camp of the Airport Security Force outside Karachi international airport, but fled after Pakistani forces repulsed the assault.

Image: Planes are seen near a section of a damaged building at the Karachi airport after Sunday's attack by Taliban militants 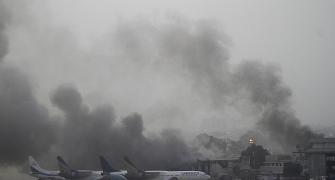 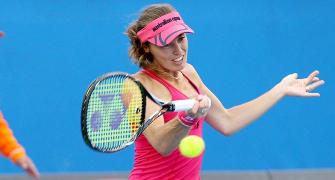 No dates finalised yet for PM Modi's Washington visit: US 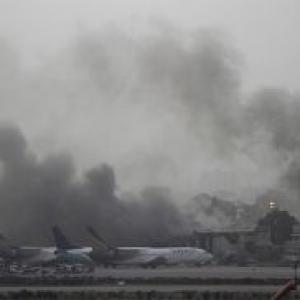 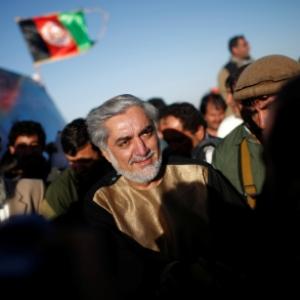