Police in Pakistan's commercial hub of Karachi claimed to have nabbed a potential teenage suicide bomber, along with his Taliban handlers, who he said told him that he was promised paradise if he carries out a bombing.

Muhammad Saleem, 16, was arrested by the CID along with two Taliban operatives, Sher Rehman and Zainullah from Sohrab Goth area on the outskirts of the city. CID's senior official, Omer Shahid, told the media that the two Taliban operatives were planning to carry out suicide bomb attacks in Karachi and were also involved in kidnapping for ransom and in some beheadings in this city and in South Waziristan.

"They belong to Waziristan and are Taliban diehards. Sher Zaman was also responsible for recruiting teenaged boys and then brain washing them into becoming suicide bombers," he said.

Police during the raid recovered suicide jackets and other arms and explosives from the arrested men. Teenager Saleem told the media that he was befriended by Sher Rehman who lived in his locality. "He used to meet me everyday and we used to sit together and talk about Islam. He slowly started doctoring my mind on how if I carried out a suicide attack for the cause of Islam and Allah I would go straight to Paradise and enjoy an everlasting life of luxury and joy," Saleem said.

"The Taliban told me becoming a suicide bomber was my ticket to heaven," he said. The youngster revealed that some Taliban operatives living in the city had opened up schools on the outskirts of Karachi where they tried to brainwash young minds and use them for suicide bomb attacks.

Police identified two teenagers as the suicide bombers who carried out an attack at the shrine of Abdullah Shah Ghazi in the upmarket Clifton area earlier this month. Saleem said he was convinced he should become a "jihadi" and go to Afghanistan to fight the occupying forces.

"But Sher Zaman told me he had a bigger job for me in Karachi and that is when I first started doubting him," he added. Law enforcement and security agencies have been carrying out raids and search operations in some parts of the city in a bid to arrest terrorists and criminals involved in carrying out suicide bombings and target killings in the mega city. 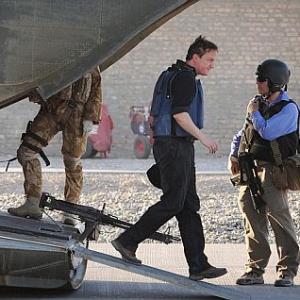