A meeting of Pakistan's top political leadership convened by Prime Minister Yousuf Raza Gilani to discuss the tensions with the US will "give strategic direction to the nation in the wake of security threats", an official statement said on Monday.

Gilani on Monday decided to hold the meeting with the leaders of all political parties in Islamabad on September 29. Foreign Minister Hina Rabbani Khar and the military leadership will brief the crucial meeting.

The premier sent letters to leaders of all political parties to invite them to participate in the meeting.

"The letter mentions the imperatives to hold the conference meant to give strategic direction to the nation in the wake of the security threats in the region," said a statement issued by Gilani's office.

Foreign Minister Khar, who was on Sunday asked to cut short her visit to the US and return to Pakistan, will brief the political leadership about the security situation in the region and the country.

The military leadership too will brief the participants, the statement said. Khar, who is representing Pakistan at the UN General Assembly, will return to the country immediately after her address to the world body on September 27.

Gilani held a meeting with top leaders of the ruling Pakistan People's Party to consult them on the upcoming meeting with all political parties. 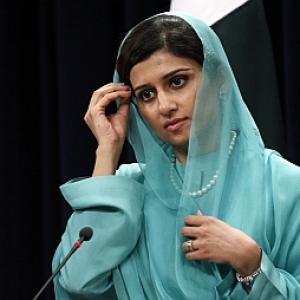 Why the PM's UN visit won't help India's cause