Adrian Levy, the internationally famed journalist currently with The Guardian, and author of bestseller Deception: Pakistan, the United States, and the Global Nuclear Weapons Conspiracy, claims that a deal between Pakistan and the United States is in the offing, under which Pakistan will have some role in the future government of Afghanistan.

Levy says that Pakistan is a serious force in the American view of the Kabul endgame. The death of Al Qaeda chief Osama bin Laden and the endgame in Afghanistan might be linked.

Levy, in an e-mail interview to rediff.com, said that Pakistan would also get more military supplies and political freedom after a successful US operation in Pakistan.

When asked, "Do you see the issue of Jammu and Kashmir catching fresh fire?" Levy, who is currently writing a book on Kashmir, said, "J&K has become increasingly Islamist, with powerful influences from Deobandis, who are radicalising politics, and holding sway over an increasing number of youth. I think there is every likelihood of a backlash in J&K, and that small pockets might seize on this."

We asked, why has Pakistan given away their 'trump card' (Osama bin Laden) to the US and if this the best 'time' to offer Osama to Obama?

Levy said, he is not clear why it happened now. He said, "We will have to wait until the dust settles; but Pakistan is in crisis, economically and politically. It has just received a kicking from the Central Intelligence Agency and the Pentagon. It may well be that there is a thin strata that wants to turn this around. If this was the case Pakistan would need to conceal the full scale of its involvement to avoid a backlash."

"I think a deal is in the offing, which revolves around military supplies and political freedom. I think Afghanistan looms large too, in terms of Pakistan's role in influencing the formation of a future government there," he added.

When asked, "What happens to Al Qaeda, now?" Levy said, "For a long while Al Qaeda has acted more disparately as a staging ground, as financiers, planners, builders, architects, and his (Osama's) loss is more significant as morale blow and a boost to the ailing US president (Barack Obama)."

He said, "OBL is the figurehead, a shaheed now. Others are far more important and these others are the lone or small cells of the disgruntled."

Levy said, "Other actors have become almost more important -- including Iran and Pakistan. The latter creating a staging ground for any disgruntled converts or adventurists -- just look at the recent arrests in Germany where those seized were given succour in Waziristan."

When asked, what does he remember the most about Osama, Levy said, "His escape over Tora Bora, and the West's refusal to engage seriously with Pakistan's complicity in that event." 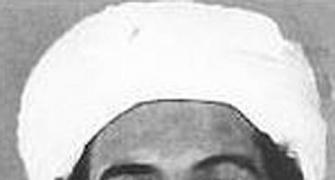 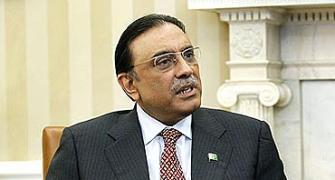 Moved in a few months back: Woman from Osama's mansion 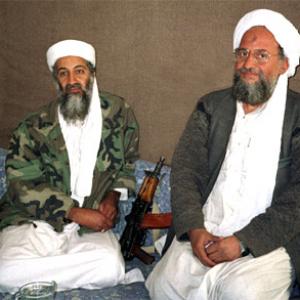 Osama killing: One down, 9 more to go