Amma everything for them! Jayalalithaa's bhakts celebrate her 68th birthday Modi wished Jayalalithaa over phone and the latter thanked the prime minister for his greetings, an official release said.

In a tweet, the Prime Minister said, "Birthday wishes to Jayalalithaaji. May Almighty bless her with a long life, filled with good health".

Ministers participated in special prayers in places of worship while mega feast, 'annadanam' and distribution of welfare measures were undertaken by AIADMK workers all across the state.

At Chennai a 68 kg cake was cut by ministers and party workers. A similar initiative was held at Villupuram.

As many as 18 lakh callers had greeted Jayalalithaa on a dedicated phone line established for this purpose, party's IT Wing Secretary K Swaminthan said.

"We have received 18 lakh calls as of noon on Wednesday and we expect to cross 25 lakh by midnight," he said.

Songs from films featuring AIADMK founder M G Ramachandran and Jayalalithaa, both yesteryear stars, were being played out even as distribution of welfare measures and special prayers marked the occasion.

A massive sapling plantation drive would be taken up in 6,868 temples across the state by the Hindu Religious and Charitable Endowments Department besides other programmes.

Many AIADMK members got her picture tattooed on their arms.

The tattoos read 'Amma everything for us'.

"Amma is everything for us; she is like a god to us. To show gratitude, we tattooed her picture on our body parts. During the recent floods, she helped and gave Rs 5000 as a relief amount to us and helped us to return back our normal lives," said Devi, one of Jayalalithaa's supporter. 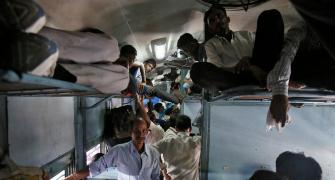 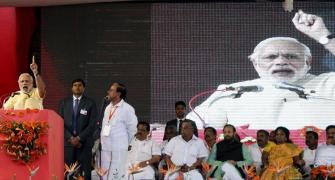 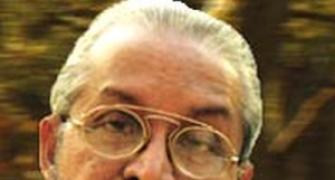 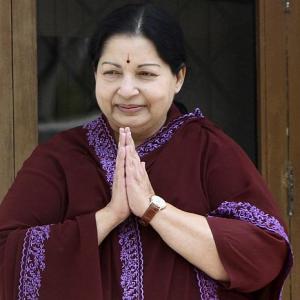