On issues of territorial sovereignty, China WILL respond forcefully

Hardening its stand on the dispute with Japan over the islands in East China Sea, China has said it will take "forceful" measures in response to any move that challenges the country's sovereignty.

"We want to live in friendship with all countries including Japan, but we have to uphold our principles and bottom line," Chinese Vice Foreign Minister Zhang Zhijun told the media.

"However, should anyone want to challenge China's bottom line on the issue of sovereignty, China will have no alternative but to respond forcefully so as to remove disturbance and obstacles and move steadily on the path of peaceful development," he said.

The comments by Zhang, who held informal talks with Japanese officials to address the tensions, came after Japan announced a $5.3 billion budget to deploy more patrol ships at the disputed islands of Senkaku by Japanese and Diaoyu by China to protect those areas from Chinese intrusions.

The new budget would enable its Coast Guard to get four 1,000 ton patrol vessels, three 30-metre long patrol boats and three helicopters that fly in rough weather, according to reports from Japan.

China, which till recently avoided entering the waters of the islands administered by Japan, began sending its naval vessels to assert its authority over the area and encouraging its fishermen to fish there.

Zhang said the Japanese government's "purchase" of the Diaoyu Islands from a private party in September, which had set off the crisis, constituted a grave violation of China's territorial sovereignty.

He said the move has caused "the most severe repercussions" on China-Japan relations since the two countries normalised diplomatic relations in 1972.

The Diaoyu Islands are part of China's territory in accordance with historical fact and law, Zhang said.

"Japan has no right to buy or sell Chinese territory in any way and no transaction is allowed over even one inch of the Diaoyu Islands or anything on it," he said.

Zhang said the "purchase" farce had been orchestrated by Japan's right-wing forces.

The Japanese government, instead of doing anything to stop the right-wing forces from violating China's sovereignty and sabotaging China-Japan relations, has stepped in and "purchased" the islands itself, he said. 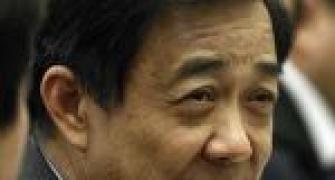