'We are not organising any large celebrations on New Year's Eve to avoid last-minute changes in guidelines.' The Omicron variant could potentially throw a wrench in even the most carefully planned holiday travel and end-of-the year parties.

Christmas and New Year trading are vital for hospitality venues, many of whom rely on making enough money in the festive period to get them through the leaner months at the start of the new year.

The loss of a second Christmas season on a trot is heart-breaking news for the hospitality industry.

There's no do-over for last year's subdued celebrations as Omicron seems to be the Grinch that's stolen the Christmas cheer.

There will be no big-ticket events as state governments continue clamping down on big gatherings.

On Saturday, the BrihanMumbai Municipal Corporation issued an advisory to Mumbai residents asking them to avoid gatherings on Christmas and New Year's Eve.

The corporation has also decided to deploy squads at each of its wards to test out compliance.

While the 130-acre Imagicaa theme park near Mumbai has planned a big bash on December 31 with a disc jockey, late-night right rides, entertainment acts, and night parade, most city hotels are restricting celebration to curated menus and buffets for in-house guests.

"We are exerting all efforts to achieve our goal of operating responsibly in a way that's going to maintain and enhance guest experience. We continue to monitor the situation on an ongoing basis for New Year's Eve," says Imagicaaworld Entertainment CEO Dhimant Bakshi.

The park has introduced open-air dining options and virtual queueing-up for rides to minimise crowding, he added. Star hotels in Mumbai are not taking any chances in view of the rapidly evolving Omicron threat.

"We are not organising any large celebrations on New Year's Eve to avoid last-minute changes in guidelines. We will be hosting special dinners at our restaurants and letting out banquet halls by adhering to government guidelines," says Vijay Singh, business head, Hotel Sahara Star, Mumbai.

"So far, there is no demand for banquet events on New Year's Eve in city hotels as people are travelling to leisure destinations," Singh adds.

Gurbax Singh Kohli, vice-president, Federation of Hotel & Restaurant Associations of India, rues that even as hotels and restaurants have been following Covid protocols in a stringent manner, they have been at the "receiving end".

The frequent advisories and their ambiguity are creating a "fear psychosis", he says, alluding to the implementation of Section 144 of the Criminal Procedure Code in Maharashtra.

"Most of them are left open to interpretation," says Kohli, pointing out there is a need to have a unified set of rules. 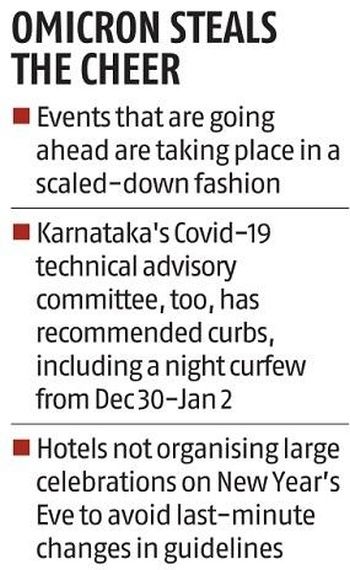 On Saturday, the District Disaster Management Authority of New Delhi ordered the cancellation of Punjabi singer A P Dhillon's concert at Andaz hotel in Aerocity.

Around 400-500 guests were expected for the event and the civic body ordered cancellation of the event, citing existing Covid-19 restrictions.

Karnataka's Covid technical advisory committee, too, has recommended curbs, including a night curfew from December 30-January 2.

A head of an event management company said the fear of the Omicron strain has led hotels to skip big-spender events.

"We had conversations with hotels around July or August for events on New Year's Eve. Things had started to normalise by then and we had hoped to finalise our plans by October. But the pandemic is still around and it will be a bit of a risk to organise large gatherings," says Birju Gariba, founder and CEO, Iskra Events & Celebrations, an event management company.

"Also with a 50 per cent cap on capacity, it may not be feasible to organise large events," Gariba adds.

Events that are going ahead are taking place in a scaled-down fashion.

"We are doing the Sunburn at a club-level scale in Goa with an artiste we had booked earlier with all the Covid protocols like entry to double-vaccinated persons and limited entries," says Manuj Agarwal, CEO, Percept Live, which organises the electronic dance music festival.

"This is not comparable to the Sunburn Goa festival we had in pre-Covid days." 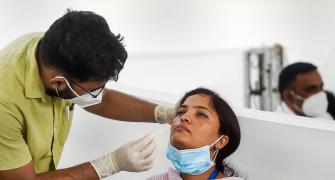 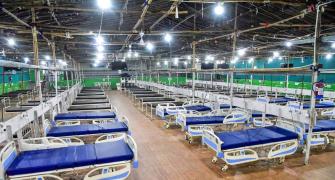 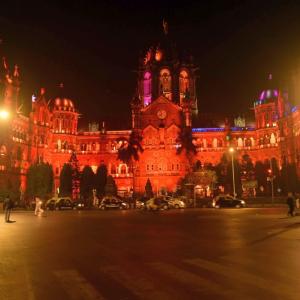 Be ready for any eventuality: AIIMS chief on Omicron