News
Business
Movies
Sports
Cricket
Get Ahead
Money Tips
Shopping
Sign in  |  Create a Rediffmail account
Rediff.com  » News » Omar on SRK detention: It happens all the time; get over it

Omar on SRK detention: It happens all the time; get over it

Refusing to take the detention of Bollywood star Shahrukh Khan in the United States seriously, Jammu and Kashmir Chief Minister Omar Abdullah on Friday said that it happened "all the time and to all sorts of people".

"Honestly what's the big deal?? This airport detention thing happens all the time and to all sorts of people. Get over it," Omar tweeted.

Khan was detained at a New York airport for over two hours by immigration officials after arriving from India in a private plane with Nita Ambani, to address students at Yale University.
PTI
Source: PTI© Copyright 2021 PTI. All rights reserved. Republication or redistribution of PTI content, including by framing or similar means, is expressly prohibited without the prior written consent.
Related News: Omar Abdullah, SRK, Shahrukh Khan, Nita Ambani, Yale University
SHARE THIS STORY
Print this article
Video: Shah Rukh detained at New York airport 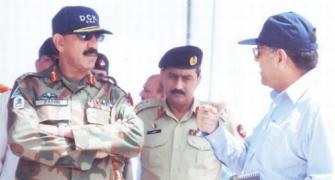 Detention and then apology a habit: Krishna on SRK episode 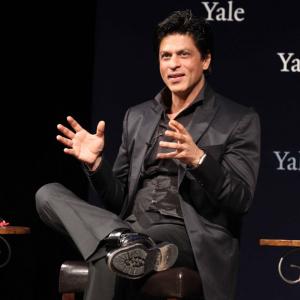 PIX: When Shah Rukh Khan kept his date with Yale