"Good evening. Tonight, I can report to the American people and to the world that the United States has conducted an operation that killed Osama bin Laden, the leader of Al Qaeda, and a terrorist who’s responsible for the murder of thousands of innocent men, women, and children... " announced US President Barack Obama after the daring raid at Abbottabad, Pakistan, on May 2, 2011. 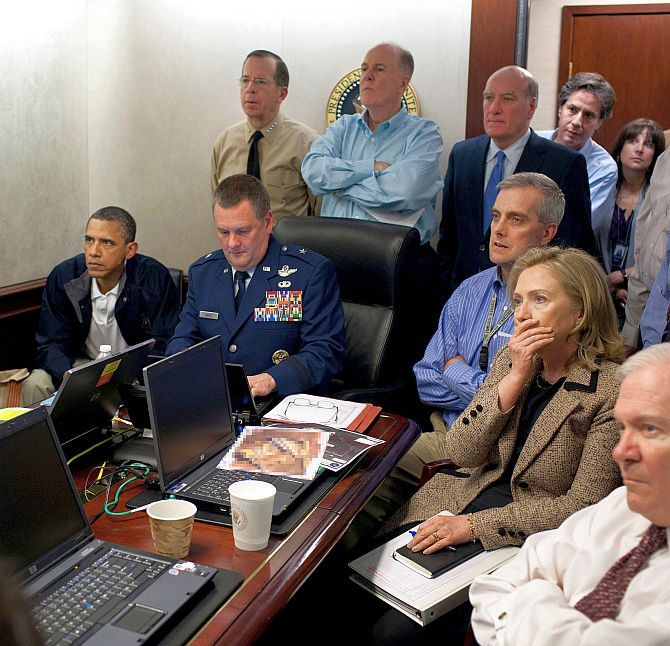 President Barack Obama and Vice President Joe Biden, along with members of the national security team, receive an update on the mission against Osama bin Laden in the Situation Room of the White House, May 1, 2011. Photograph: Pete Souza/White House

Five years later as his term is about to end, Obama relived Operation Neptune Spear that took out the dreaded terrorist, with television channel CNN's Peter Bergen at the Situation Room or the John F Kennedy Conference Room of the White House.

The small conference room in the Situation Room complex was immortalised by the iconic photo of the President and his staff watching as events unfold during the raid on Osama's hideout, intense looks on everyone's faces and a hand over then Secretary of State Hillary Clinton's mouth.

Fourteen people crammed into the room, the President sitting in a folding chair on the corner of the table's head. They sat in this room until the SEALs returned to Afghanistan.

Bergen's interview marks the first time Obama has sat down with a journalist in the Situation Room to go through the events of that day.

Obama said opportunities to strike Osama bin Laden were so rare that he was willing to risk failure and international embarrassment in May 2011 rather than wait for another chance to send Navy SEALs after the world's most wanted man.

Obama said the small team of people looped into the possibility of a strike against bin Laden was acutely aware of the stakes.

"We knew that it was going to cause some significant blowback within Pakistan," Obama said.

And beyond the diplomatic fallout, there was the risk of failure.

"If it wasn't bin Laden," Obama added, "we would lose face internationally, because there was probably going be a lot of difficulty keeping it secret once the operation started."

Despite the risks, the President told Bergen he felt sure the crack team of 23 Navy SEALs who flew into Pakistan on that moonless night would return.

"I had confidence that I could get our guys back," Obama said.

During the interview, Bergen noted that "the last person that bin Laden saw on Earth was an American."

Obama responded, saying, "and hopefully, at that moment, he understood that the American people hadn't forgotten the some 3,000 people who he killed."

After the raid ended, the President went to work on his statement to the nation in the Oval Office. When the statement was ready, he walked down the Colonnade -- the outdoor walkway between the West Wing where his office is located and the East Wing, which is where the residence is.

Obama was the Cross Hall, where he approached the waiting camera to announce: "... tonight, we are once again reminded that America can do whatever we set our mind to. That is the story of our history, whether it's the pursuit of prosperity for our people, or the struggle for equality for all our citizens; our commitment to stand up for our values abroad, and our sacrifices to make the world a safer place." 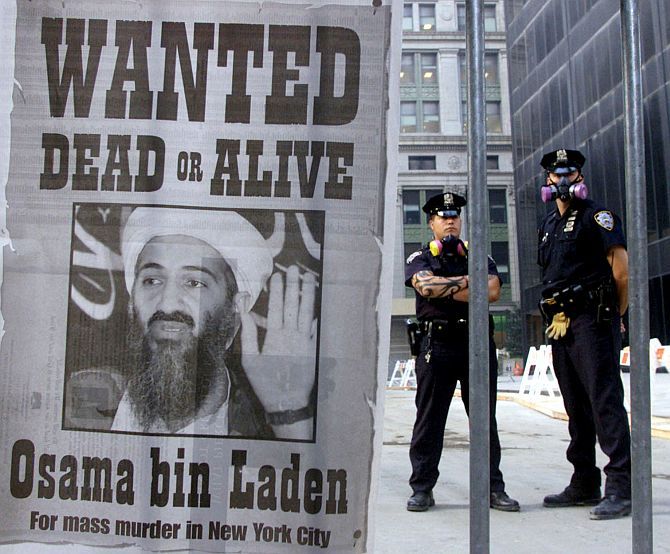 How the CIA zeroed in on Osama

From the time that it first recognized Osama as a threat, the CIA gathered leads on individuals in his inner circle, including his personal couriers. Detainees in the post-9/11 period flagged for us individuals who may have been providing direct support to bin Laden and his deputy, Zawahiri, after their escape from Afghanistan.

One courier in particular had CIA's constant attention. Detainees gave the CIA his nickname and identified him as both a protégé of Khalid Sheikh Mohammed, the mastermind of September 11, and a trusted assistant of Abu Faraj al-Libbi, the former number three of Al Qaeda who was captured in 2005.

Detainees also identified this man as one of the few Al Qaeda couriers trusted by bin Laden. They indicated he might be living with and protecting bin Laden. But for years, the CIA was unable to identify his true name or his location.

In 2006, the CIA uncovered his identity. The agency also identified areas in Pakistan where the courier and his brother operated. Still they were unable to pinpoint exactly where they lived, due to extensive operational security on their part. The fact that they were being so careful reinforced CIA's belief that it was on the right track.

Then in August 2010, the CIA found their residence, a compound in Abbottabad, Pakistan, a town about 35 miles north of Islamabad. The area is relatively affluent, with lots of retired military. It’s also insolated from the natural disasters and terrorist attacks that have afflicted other parts of Pakistan.

The CIA came across an extraordinarily unique compound. The compound sits on a large plot of land in an area that was relatively secluded when it was built. It was roughly eight times larger than the other homes in the area.

It was also noteworthy that the property is valued at approximately $1 million but had no telephone or Internet service connected to it. The brothers had no explainable source of wealth. 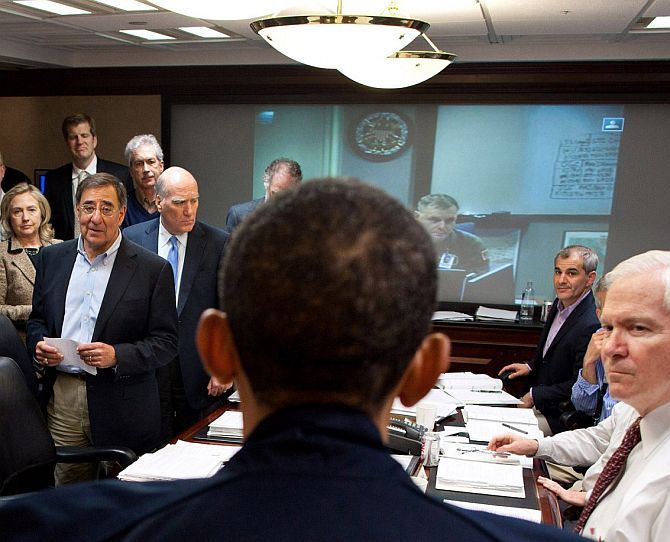 US President Barack Obama talks with members of the national security team in the Situation Room of the White House May 1, 2011. Photograph: Pete Souza/White House

How the mission was planned:

In the beginning of September 2010, the CIA began to work on a set of assessments that led it to believe that in fact it was possible that Osama may be located at a compound in Pakistan.

By mid-February 201, through a series of intensive meetings at the White House and with President Obama, there was a sound intelligence basis for developing courses of action to pursue Osama at this location.

In the middle of March 2011, Obama began a series of National Security Council meetings that he chaired to pursue again the intelligence basis and to develop courses of action to bring justice to Osama. Obama is reported to have chaired no fewer than five National Security Council meetings on the topic from the middle of March -- March 14, March 29, April 12, April 19, and April 28.

Obama gave the final order to pursue the operation on April 29. 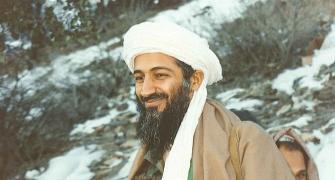 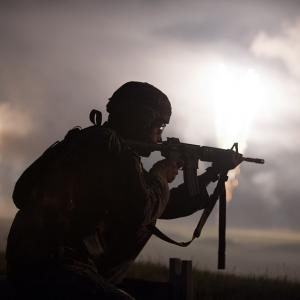 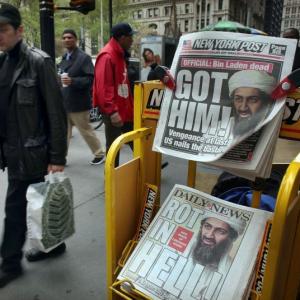 'Rot in Hell': How the world reacted to Osama's death