US President Barack Obama's press secretary Robert Gibbs said on Wednesday that he would step down next month and boost his boss's 2012 re-election bid from outside the White House.

Gibbs, 39, who is considered very close to Obama since his pre-election days and said to be one of the most influential individuals in the current Administration, would leave the White House sometime in February, after the US President delivers his annual State of the Union Address. No dates of the State of the Union Address has been announced yet, but is likely to be held in the last week of January or the first week of February.

In the Washington's political circles, speculation was ripe about Gibbs departing the White House. The Press Secretary confirmed the news, saying that he would be working as a consultant to the President outside of the White House. "It is true," Gibbs said in response to an email, CBS News said.

The departure of Gibbs comes as Obama contemplates a reshuffle to freshen his administration and as his reelection campaign machinery begins to stir. No replacement has been named yet, while a few names have immediately cropped up including his two deputies Bill Burton, Josh Earnest,

besides Jay Carney, spokesman of the US Vice President, Joe Biden. Obama said Gibbs will continue to play an important role in his team even after his departure. "For the last six years, Robert has been a close friend, one of my closest advisers and an effective advocate from the podium for what this administration has been doing to move America forward," Obama said in a statement. "I think it's natural for him to want to step back, reflect and retool. That brings up some challenges and opportunities for the White House  but it doesn't change the important role that Robert will continue to play on our team,"Obama said.

Earlier in an interview to The New York Times, Obama said Gibbs will continue to be a close advisor and "will continue to shape the dialogue politically for many years to come." "We've been on this ride together since I won my Senate primary in 2004," Obama said. "He's had a six-year stretch now where basically he's been going 24/7 with relatively modest pay. I think it's natural for someone like Robert to want to step back for a second to reflect, retool and that as a consequence brings about both challenges and opportunities for the White House," he told The New York Times. PTI LKJNSA01052311NNNN
Lalit K Jha in Washington
Source: PTI© Copyright 2020 PTI. All rights reserved. Republication or redistribution of PTI content, including by framing or similar means, is expressly prohibited without the prior written consent.
Related News: Barack Obama, Robert Gibbs, White House, The New York Times, CBS News
SHARE THIS STORY
Print this article 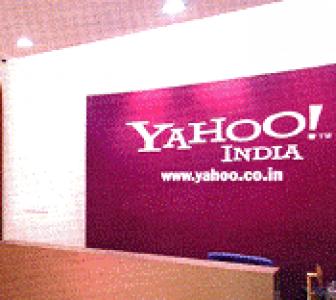 Obama to return to Chicago for 2012 poll campaign?