National Security Guard commandos based at their hub in Mumbai have moved into their permanent structures after experts declared them safe for occupation following reports of cracks in them.

An IIT Roorkee team visited the facility recently which houses a squad of 241 'black cat' commandos and support staff deployed at the newly-created hub in the western metropolis to enable the commandos to take swift counter-terror and counter-hijack missions.

"The IIT-Roorkee team has vetted the design of the structures and they have approved the quality and design.

The commandos have moved in the permanent structures.

The structure, located in Marol in suburban Andheri in Mumbai on a 23-acre land given by the Maharashtra government, has been built by the state-owned National Buildings Construction Corporation (NBCC) at a cost of Rs 56 crore.

The commandos were forced to occupy "semi-permanent and pre-fabricated" structures in the same complex for some time after the flaws were reported in the building.

Mittal said the engineering experts have visited the facility, inaugurated by the then Home Minister P Chidambaram in February this year, and the hub is totally operational with the commandos occupying both official and family accommodations.

NSG chief Subhash Joshi also confirmed the development saying the hub in Mumbai is "functioning round-the-clock and the commandos are occupying the structures".

The hub has facilities for housing, training and other operational requirements of NSG commandos.

The Mumbai hub has been created to cater to any terrorist or hijack emergency in the western part of the country, a decision taken the aftermath of the 26/11 Mumbai terror attacks of 2008.

The hub will also have helicopter landing facilities for quick 'air-insertion' of commandos.

The NSG hub, which has commandos ready to undertake operations 24x7, was operating from another location in Kalina in the city for some time as permanent infrastructure was being set up at the present location at Marol.

The government has created four NSG hubs across the country at Chennai, Kolkata and Hyderabad apart from Mumbai after the commando force received flak for taking time in responding to the 2008 Mumbai terror strikes. 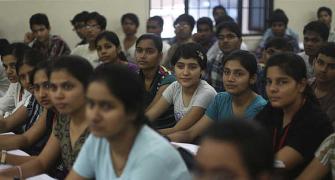 US poll: A divided nation faces an uncertain world

I pray for the President, for our nation: Romney