Even as Pune blast accused Abdul Sammad, who was granted bail by a Mumbai sessions court on June 15, awaits his release from a jail in Mumbai, the Bengaluru police are geared up to question him.

A source in the Bengaluru crime branch told rediff.com that the main purpose of questioning Sammad would be to find the whereabouts of his relative Yaseen Bhatkal, who is alleged to be involved in various acts of terror, including the deadly German Bakery blast in Pune.

The Bengaluru police plan to question Sammad, once he is released. Sammad is still awaiting his release since no guarantor has come forward to offer surety for his bail.

His family members continue to look for a surety, and say that people are scared to come forward, since they fear getting involved in a terrorism related case.

Meanwhile, the Bengaluru police have begun summoning family members of Sammad, and have started questioning them  about Ysin's whereabouts. So far all the police know is that Yaseen is hiding in the Middle East.

One of the family members, Yajub, who was questioned by the Bengaluru police on Tuesday, told the interrogators that Yaseen has gone missing since the past five years. He also said that Yaseen is not in touch with his family and they have no clue about his whereabouts.

The Bengaluru police feels that Sammad can be their bridge to Yaseen, a key terror mastermind.

"We wanted to question him (Sammad) the moment he was picked up at the Bajpe airport in Mangalore, but were unable to do so since the Mumbai Anti Terrorism Squad was in a hurry to take him to Mumbai," police sources said.

The Bengaluru police has questioned Sammad on an earlier occasion too. The police had questioned him about his role in the Bengaluru blasts, and also about Indian Mujahideen founder Riyaz, and his brother Iqbal Bhatkal.

Sammad, who was in college at that time, was however let off for want of evidence.

In addition to this, the Bengaluru police have also summoned some of Sammad's classmates and questioned them about his activities. The police have told them that they would have to appear before them when needed.

The Bengaluru police says it has information to indicate that Yaseen met Sammad. The police also says that this was the primary reason for the Mumbai ATS picking up Sammad in the first place.

Meanwhile, the hunt for a surety for Sammad continued for his family members. On Monday, a new list of guarantors was handed over to the police, and the verification of the same is still on. 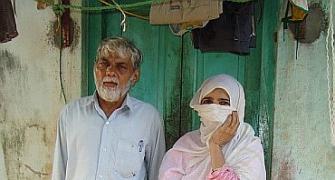 'Fabricated stories ruined the lives of my sons' In Bhatkal, a mother awaits the return of her son
How Bhatkal became communally polarised

14 days after getting bail, Pune blast suspect still in jail 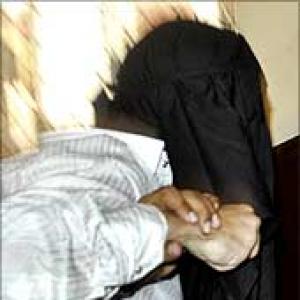 Bhatkal tried to use air crash to slip in India