Non-arrest during probe no ground for bail: HC

The plea of Dravida Munnetra Kazhagam Member of Parliament Kanimozhi that bail be granted to her as she was summoned and not arrested during the probe in the 2G case did not find favour with the Delhi high court, which rejected her bail plea.

"Issuing summons instead of warrants is not an assurance that the accused shall be granted bail on his appearance in the court," Justice Ajit Bharihoke said.

The court, which also dismissed the bail application of Kalaignar TV Managing Director and Chief Executive Officer Sharad Kumar, said the issuance of summons has nothing to do with the grant or refusal of bail.

According to 43-year-old Kanimozhi, she was not in custody during the investigation and, therefore, she could not be remanded in jail. "What is relevant is whether the court is in control of the accused and not. Whether he is physically in custody of the court" the court observed.

"Issuing summons under Section 204 CrPC by no means is an assurance that the accused on appearance in the court shall be granted bail nor it amounts to misleading the accused and preventing him from seeking his legal remedy by moving an application for anticipatory bail in the superior court," it said.

Justice Bharihoke, who also cited various case laws, including the Satyam fraud case, said that the factors such as "nature and gravity of accusation, nature of evidence against the accused, severity of punishment in the event of conviction, danger of accused fleeing from justice" should be considered while deciding the bail plea.

The court also rejected the plea of the accused that they were entitled for release on furnishing of bonds, saying that issuance of summons does not give them the right to be freed on bail.
Source: PTI© Copyright 2022 PTI. All rights reserved. Republication or redistribution of PTI content, including by framing or similar means, is expressly prohibited without the prior written consent.
Related News: Kanimozhi, Sharad Kumar, Ajit Bharihoke, Justice Bharihoke, Kalaignar TV Managing Director
Print this article
The legal road ahead for Kanimozhi 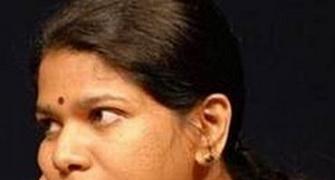 Being a woman I deserve bail, says Kanimozhi
Will stand and fight even if named in 2G: Kanimozhi 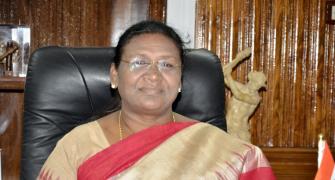 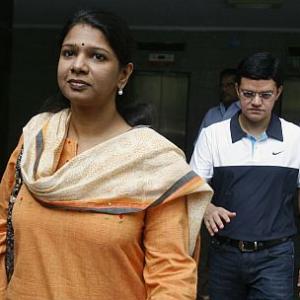