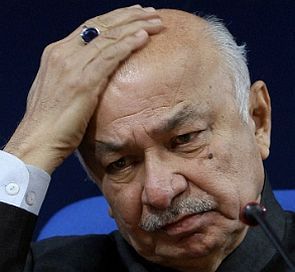 It will take at least six months for the new Telangana state to come into existence.

Shinde also ruled out introducing the bill for creation of Telangana in the coming monsoon session of Parliament.

"No, not in this session. I do not think it will come so soon. May be, by next session," he said.

Earlier in the day, the Bharatiya Janata Party demanded that the bill be placed in the monsoon session.

The Home Minister said creating a new state normally takes a period of eight to nine months but the central government would try its best to do it as early as possible.

"Usually, it takes eight to nine months. But, we will try to do at the earliest -- may be five and half months to six months. May be earlier than that," he said replying to a question on when Telangana will come into existence.

Asked whether the central government was bypassing the normal practice of the state assembly adopting a resolution for creating a separate state, Shinde said Andhra Pradesh assembly had discussed the issue of a separate Telangana in the past.

"Not at all (we are not bypassing). Already, the issue was discussed in Andhra Pradesh Assembly. Now, if the proposal comes from the state, it would be good. But if it does not come, other ways are open. We will discuss and move forward according to the Constitution," he said.

Asked whether Hyderabad will be the joint capital for both the states for 10 years or more, the home minister said the Congress Working Committee has taken a decision in this regard but a clarity on the issue will come once the Union Cabinet meets and discuss the Telangana issue.

Asked whether Telangana will be created with 10 districts of the region or some districts from Rayalaseema would be merged to create Rayala-Telangana, Shinde said the decision of the CWC was to create the new state with 10 Telangana distrcits and "I am working on that".

The home minister said the new state will be formed according to the Constitution and if anyone has any suggestion or wants to incorporate something in the new state, they should give representations to the government. I have been given directive and I am following it," he said.

On the protests in coastal Andhra and Rayalaseema region against the creation of Telangana state and some Congress legislators tendering resignations, Shinde said he was aware of the developments but Congress has taken a decision on creating the new state and would go ahead with it.

"People can agitate. But that should be peaceful. There is a consensus on Telangana. When I had discussed the issue, only two political parties had opposed it," he said.

Giving details about the procedure for creation of the new state, the Home Minister said first the Home Ministry prepares a note for the Cabinet and when the Cabinet gives its nod, a Group of Ministers is formed which will give recommendations for the state reorganisation draft bill.

After the draft bill is cleared by the Cabinet, it goes to the President which may refer it to the state legislature. After getting the consent of the state and taking legal vetting, the bill will be tabled in both houses of Parliament for approval and once it is received, the new state will come into existence, he said. 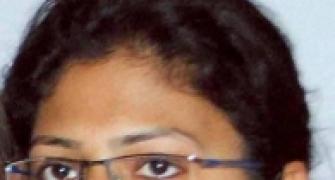 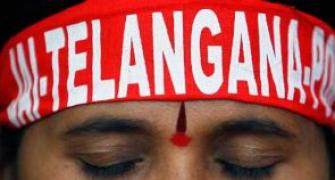 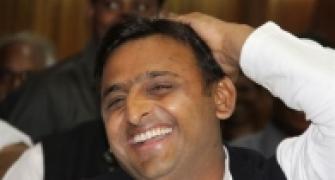 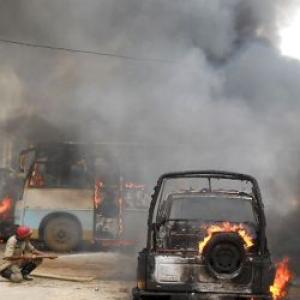 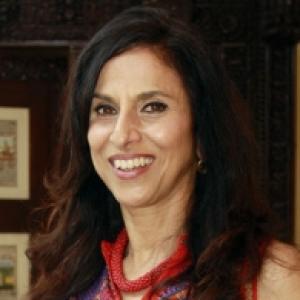