No such term as saffron terror: BJP

The BJP on Wednesday strongly objected to the use of the term "saffron terror" by Home Minister P Chidambaram in Parliament, saying there was no such word and the "sacrosanct" colour cannot be associated with terrorism.

"There is no term as saffron terror. We have effectively said this in both Houses of Parliament... saffron is sacrosanct for India. It cannot be associated with terrorism," Leader of Opposition in Lok Sabha Sushma Swaraj said.

She was replying to a question on whether the party was concerned about Chidambaram's use of the term in Parliament last week. 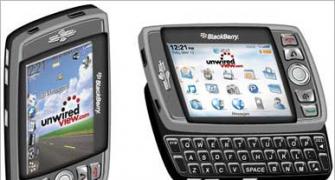 BlackBerry users, you are safe for now
Reddy brothers in New Delhi, call on Sushma Swaraj
BJP yet to take a call on Uma Bharti's return