'No more Chinese consulates in US'

China must not be allowed to open any additional consulates in the United States till Beijing grants permission to the long-pending American demand to establish a diplomatic mission in Tibet, a top lawmaker in Washington, DC said on Thursday.

"The State Department must make it perfectly clear to China's diplomats that there will be no more Chinese consulates opened in the US not in Atlanta, not in Boston, not in Honolulu until the stars and stripes are flying proudly over a US diplomatic facility in Tibet," said Congresswoman Ileana Ros-Lehtinen, the chairman of the powerful House Foreign Affairs Committee.

Since 2002, when the 'Tibetan Policy Act' first called for the establishment of a US official presence in the capital of Tibet, there has been absolutely zero diplomatic progress, Ros-Lehtinen said at a Congressional hearing on Tibet, Burma and North Korea.

"It is also regrettable that the Special Coordinator for Tibetan Issues, a position created by the Tibetan Policy Act, could not appear as a witness today to address the oversight concerns of Congress with regard to the Act," she said.

The lawmaker underlined that amid the commemoration of the twenty-second anniversary of the Tiananmen Square Massacre on Saturday, "We must never forget those who fell as the tanks crushed the democratic aspirations of the Chinese people".

She warned that the heirs of the shameful Tiananmen legacy, "continue to subjugate by the sword not only the Chinese people, but also the peoples of Tibet, Burma and North Korea".

"Whatever the motive, a rising China is at the centre of this trio of tyranny which casts a dark shadow over the otherwise optimistic projections for Asias future," Ros-Lehtinen said.

Ranking Democrat, Congressman Howard Berman highlighted that the uniqueness of Tibetan culture is being slowly extinguished in Tibet, strangled by Han migration and Chinese policies that restrict religion association and movement.

Hundreds of Tibetans, especially monks, remain incarcerated for their role in the 2008 protests. Praising the Tibetan spiritual leader Dalai Lama, who will be in Washington this summer, he said Tibetans have overcome adversity and hardship.

He said exiled communities have been established in India, the United States, Europe and elsewhere to preserve Tibetan cultural identity, language and religion.

It is a tribute to the Dalai Lama's moral leadership that the diaspora has remained strong, but he knows and we know that, in the future, this strength could be threatened with his eventual passing, he said.

Berman underlined that China has long feared and sought to undermine the transition to the Panchan Lama, the second-highest Lama in Tibetan Buddhism.

"He has been held captive for 16 years since he was 6 years old, and during that time, has not been seen by the outside world," he said, adding "It is a sad commentary that Beijing felt it necessary to imprison a child for so long". 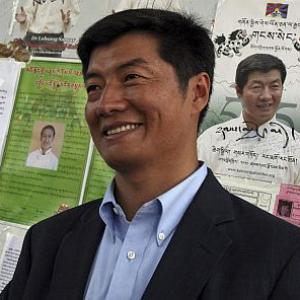 End terrorism: US lawmakers to Pakistan