'No impediment in PM deciding review petition before CRA'

Holding that agitations do not not serve any purpose, the Supreme Court said its order directing Karnataka to supply 9,000 cusecs of water to Tamil Nadu will not be an impediment in the prime minister deciding on the review petition filed before the Cauvery River Authority.

A bench of justices D K Jain and Madan B Lokur ticked off Karnataka saying that various agitations on the issue would not serve the purpose as sometimes it may be counter-productive.

"All these agitations don't serve any purpose. Sometimes they may spoil a good case," the bench told Karnataka in an oblique reference to the on-going agitations in the state over release of water to Tamil Nadu.

The bench was dealing with an application moved by Karnataka seeking stay on the apex court's September 28 order directing release of 9,000 cusecs of Cauvery water to Tamil Nadu.

Senior counsel Fali Nariman, appearing for Karnataka, sought deferment of the hearing of the application till October 28.

He expressed apprehension that the CRA may be reluctant to take any decision on the review petition filed by Karnataka before it in view of the injunction passed by the apex court on September 28.

Accordingly the bench, in its order, said, "We clarify that our September 28, 2012, order shall not in any way be an impediment in the chairperson (Prime Minister) taking a decision on the review petition before it (CRA)."

Nariman told the bench, "We will not be able to release anything more. It is physically impossible to release. There is already a surplus of 13,000 cusecs." However, he did not elaborate.

The CRA meeting on September 19 had failed to produce a solution as both Karnataka and Tamil Nadu had rejected the prime minister's award of 9,000 cusecs of water to save the standing crops in the delta region.

In its application, Tamil Nadu had said during the current irrigation year 2012-2013, though the south west monsoon is not vigorous in the Cauvery catchment of Karnataka, the state of Karnataka has received 21.9 TMCft of inflow in its four major reservoirs up to July 20.

"But it has not shared the water with Tamil Nadu. Instead it started to build the storages in its 4 major reservoirs and letting water in the canals of Krishna Raja Sagar for irrigation with the result that the state of Tamil Nadu has been deprived of its due share of water as per the interim order of the Cauvery Water Disputes Tribunal," the application said. 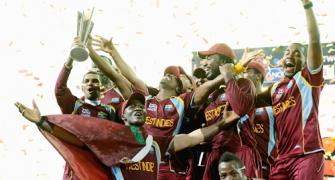