News
Business
Movies
Sports
Cricket
Get Ahead
Money Tips
Shopping
Sign in  |  Create a Rediffmail account
Rediff.com  » News » No dearth of funds to keep protests on at Ramlila

No dearth of funds to keep protests on at Ramlila

From medicines to medical check-ups; air-coolers at the Maidan to the overhead waterproof tents; from meals to snacks  everything at Ramlila Maidan in Delhi is being taken care of by protestors themselves. Contributions, both in the form of cash and service, are pouring in at Ramlila Maidan for the Anna Hazare-led anti-corruption protests.

As day 7 of Anna Hazare-led anti-corruption movement saw the highest ever participation at Ramlila grounds, people continued to donate generously to the cause. Volunteers at the information kiosk at Ramlila said that people donated both in cash and cheques.

Some individuals and companies have taken up the financing of one complete aspect of the protests.

For instance, Jindal Aluminum is funding the set-up of tents at the venue. New overhead waterproof sheets are being set-up at Ramlila Maidan, as some parts of the old ones, which were not water resistant, were rendered useless in the rains on the weekend.

Jindal Aluminum was the largest contributor in India Against Corruption's protest at Jantar Mantar in April this year with a donation of Rs 25 lakh.

"Since the exact contribution this time around has not officially been announced, I will not divulge it. We are, however, taking care of the tent-setup here. We are bringing in more tents and expect to accommodate at least 10,000 people under the new overhead sheets. The earlier tent-setup will remain in its place," an official from Jindal told rediff.com.

In a similar fashion, volunteers have come together to cook for and feed the thousands of protestors at Ramlila. Nicknamed 'Anna ki rasoi', many individuals cook and serve all three meals in a day. From tea to puri sabji to rajma chawal, this group of individuals does it all.

"Some of us cook, while some others provide ingredients that are required, while still others bring in utensils. One individual donated one lakh paper plates and plastic spoons. Some contribute money to buy essentials. There were these two students from Ranchi who donated Rs 1000. They looked embarrassed by the amount and apologised that that was all they had. We were touched by the gesture and told them that it was as generous as it could get," said Parthajeet Sarma, who runs a hotel in old Delhi, a volunteer at 'Anna Ki Rasoi'.

"I have been here for the last two days. After I got an SMS from a friend who said that the organisers were looking for volunteers to cook food, I rushed here with some essentials like dal and rice. I have been cooking and serving here since then," Sarma added.

In addition to food prepared at 'Anna ki rasoi', truck-loads of snacks also have been pouring in at the maidan. On Monday morning, a restaurant owner had sent a tempo full of pakoras and chole-khulchas.

Individuals who can't afford to donate large sums of money are doing so collectively. There is the touching story of this group of villagers who managed to collect Rs. 2 lakh for the campaign.

Ashwathi Murlidharan, the media manager for the campaign said, "A group of people from two villages in Uttar Pradesh came to us and told us that they had collected Rs 10 from about 20,000 people from their two villages. They donated the collected Rs 2 lakh for the cause. I don't recollect the names of the villages, but it was such a wonderful gesture. That is how it has been going on here and that is why we have been calling it a people's movement. People either donate money or food or their energy and time. A group of people were actually cleaning up in and around Ramlila Maidan."

Two separate teams of doctors are also present at the site, which have been providing free medical consultation and basic medication. While one is a group of doctors working in private hospitals across the capital, the other one is a group of five doctors from the Delhi Medical Association.

The DMA, which had also set up camp in Hazare's April agitation at Jantar Mantar, has the basic set-up for diagnosis and prescription for protestors.

"On an average, we have been seeing about 400-500 patients per day at Ramlila Maidan. Most of them come with dehydration-related problems due to lack of clean drinking water. We have the basic set-up here like checking for blood pressure, sugar levels etc. We also have stocked with electrolyte tablets and some medicines for headaches, dizziness etc," said DMA president Vinod Khetarpal.

Khetarpal said that doctors from his association, which has over 12,000 doctors affiliated to it, have been sporting black ribbons.

"We are not here only as doctors, but as citizens of this country. We support Anna Hazare's movement against corruption," Khetarpal added. Short takes: Why Imam Bukhari is SO wrong 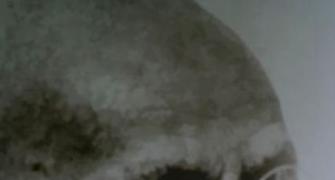 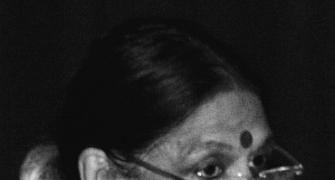 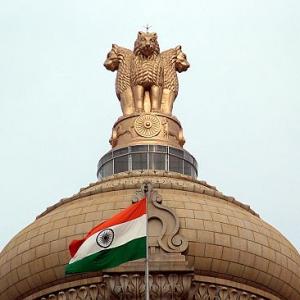 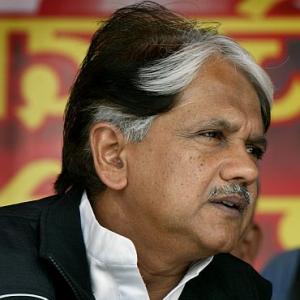