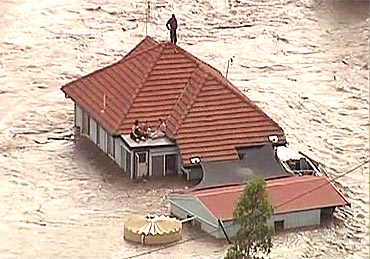 A tsunami-like tidal waves ripped through an Australian valley, killing at least nine people, including four children, as cars and trees were tossed around and military helicopters soared above to search for 72 people reported missing.

The "unprecedented" floods smashed through Queensland state as 150 mm of rain from a freak storm turned into a raging stream, hurling gallons of water down the Lockyer valley, uprooting homes and trees. The torrent, which formed into flash floods, stormed downstream towards the state capital of Brisbane, where authorities ordered an emergency evacuation of more than two million people.

"We now have confirmation of eight dead, including the death of young children," Queensland Premier Anna Bligh said. Four of the dead were children, some of them swept away in cars driven by their mothers. Officials have said the death toll would rise "potentially quite dramatically", as families were missing and rescue efforts were hampered by heavy rain and washed-away roads.

Australian Prime Minister Julia Gillard warned the country to prepare for the worst after flash floods smashed mountainside Toowoomba, which lies 125 kilometres west of the state capital, Brisbane, the Australian reported. She described the incident as an unfolding human tragedy. "We are very likely to hear of more confirmations of missing people in the next couple of hours," she said.

Television images showed Toowoomba's streets turned into churning rapids dotted with floating cars, some with people sitting on top, while elsewhere residents were forced onto roofs as waters lapped at awnings.

Toowoomba Mayor Peter Taylor said the flash flooding that swept through the Queensland city could not have been planned for and was "unprecedented". Authorities say the flood threat facing Brisbane and Ipswich is worse than the 1974 disaster.

In 1974, the Brisbane river broke its banks and inundated the city, killing 14 people and flooding almost 6,000 homes. The flood followed months of rain that had filled rivers in the southeast. When Cyclone Wanda dumped heavy rain over the region these rivers were pushed over the limit, leading to the worst floods of the century.

According to Roger Stone, a climatologist from University of Southern Queensland and Australia's representative for the United Nations commission on climatology and agricultural meteorology, said the La Nina weather pattern, which is currently pushing monsoonal conditions over parts of Australia, was the same as the one experienced in the lead-up to the 1974 floods.

"It's the same type of pattern in the Pacific Ocean. That was one of the major La Ninas. We had a similar pattern in 1954 and '55 and also back in 1893 and we've had a few slightly less intense patterns in the meantime -- 1988, 2008 and a few intervening years that aren't quite as strong as this," Stone said.

The Brisbane River is on flood alert and already residents are being offered sandbags. Brisbane residents were being warned to prepare for flooding in low-lying areas.

Image: People are seen on the rooftop of a house in Grantham, a township between Toowomba and Brisbane, which is hit by flash floods | Photograph: Nine Network via Reuters TV /Reuters 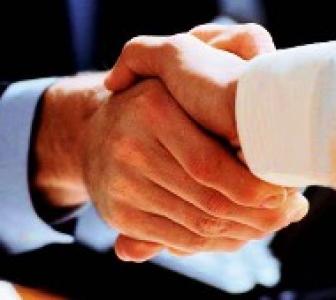 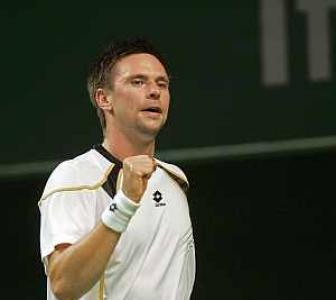 Soderling strolls through to Brisbane semis 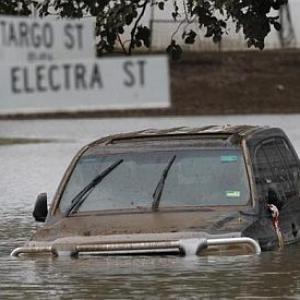 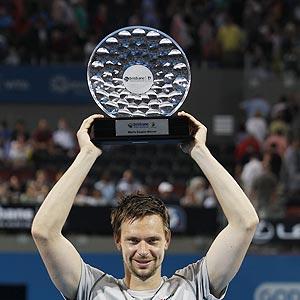