Judge N K Sudhindra Rao directed Additional Director General of police (Lokayukta) H N Sathyanarayana Rao to conduct the probe against the three and 27 others in connection with the alleged corruption and illegalities in the Bangalore Mysore Infrastructure Corridor project which was awarded to Nandi Infrastructure Corridor Enterprise and its sister companies.

Udasi, ICICI Bank Private Limited, industrialist Baba Kalyani, William Weld, former Governor of Massachusetts USA and Richard Hangan, another US national, who was part of the consortium with which the state had signed an MoU for the project.

Abraham had named 105 people in his complaint filed against NICE and its sister concerns also alleging illegal grabbing of farmers' lands for the project.

However, the judge ordered probe only against the 30, excluding the rest. Another former chief minister N Dharam Singh is among those excluded from the probe.

The court, in its nearly 500-page order, further directed that a wing be constituted comprising not less than four deputy superintendents of police for investigating the matter against the 30. (The court did not allow the first application filed by Abraham seeking a separate order on Chapter 1, of the total eight chapters into which over the 150 page complaint was divided into. Chapter 1 contained the crux of the complaint.

On his other application, wherein Abraham had prayed the court to attach the entire extent of 6,999 acres representing alleged fradulent execution of the toll road project, the court directed that only the land pertaining to Ajmera Builders be attached.

In another application Abraham had prayed the court to exercise the power conferred under section 4 of the Criminal Law Amendment Ordinance to direct the SP Lokayukta to attach the total toll 'illegally' collected by NICE, NECEL (sister compnay of NICE) or through its agents at any time upon the peripheral road, more particularly identified in the Framework Agreement dated April 3, 1997 as modified from time to time.

On this, the court ordered 'an ad interim attachment against amount equivalent to the toll collection for the preceding two years in all toll booths set up by NICE.

It said the investigative agency shall seek the assistance of government agencies including the jurisdictional police to assess and calculate the number of vehicles plying  on the toll road to ascertain proper quantification of toll collected'and held that further quantification from Thursday, which would be 'illegal', would eventually revert back to the government.

The court further directed issue of show cause notice to NICE, NECEL and 'other interested parties' which had been collecting the toll.

The case filed by Abraham dates back to 1995 when under the chief ministership of Deve Gowda an MoU was entered into between the state government and four-member consortium comprising Ashok Kheny, William Weld and Richard Hangan (both from US) and Baba Kalyani for the construction of a connecting road of international standards between Bangalore and Mysore.

Subsequently a framework agreement was signed.  As per this agreement, the consortium was ready to invest Rs 522 crore for the project worth about Rs 1,500 crore while the remaining amount was to be raised through loans.

However, Abraham claimed the consortium at that point of time was not able to pay the initial deposit of Rs 10 crore to state-owned KIADB, for the proposed acquisition of land for the project.

Of the total 20,193 acres earmarked for the project, 5,972 acres was illegally acquired, he had alleged. Abraham in his complaint had further submitted essential components of  the 'Mysore-Bangalore Express Road' project was the construction of four lane expressway  between Bangalore-Mysore (110 kms) with a provision of extending it to six lane in future requirement.

Also, cement concrete surface and Expressway Project should be designed to have a lifespan of 60 years and should conform to the best international standards.

Abraham charged that not even a single kilometre of the stretch of road connecting between Bangalore and Mysore measuring 111 kms has been built for public utility till date -- a full 17 years after the government agreed to entrust the BMIC project to the consortium.

Abraham pointed out that a specific request to government of Karnataka on April 21, 2012 in this regard 'has not seen any response whatsoever' and a subsequent reminder had also not yielded any corrective action by the government. 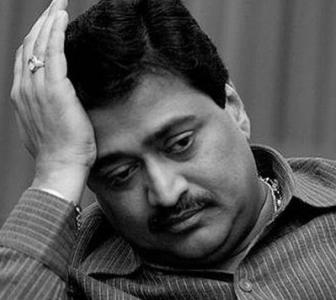 Had no idea of kin having flats in Adarsh: Ashok Chavan 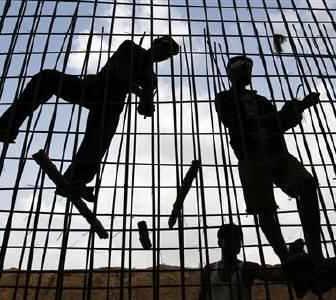 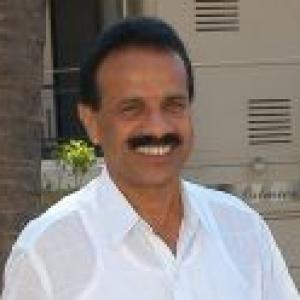