Five persons, including the newly elected Congress MLA from Doon in Solar district, have been booked on the alleged charges of murder of a woman in Panchkula, police said on Saturday.

Ram Kumar, a first time MLA, is one of the suspect in murder of a 24-year old woman, who was found dead in Panchkula following which a case has been registered against him by police on November 22 last.

The father of the deceased had also filed a complaint alleging that Ram Kumar was in touch with his daughter and late on last Thursday, Punjab and Haryana high court had also directed the police to speed up investigations.

The police immediately swung into action and raided several hideouts of the MLA but failed to nab him.

"Police has raided his (Chaudhary's) house in Sandholi (near Baddi) and other places today (Saturday) but he managed to evade arrest. He and other accused have not been joining investigations for quite some time," Superintendent of Police S Arul said.

Arul said arrest warrants against all the four accused were issued on Friday.

Ram Kumar was unlikely to attend the meeting of the CLP here today as the police is frantically searching for him. 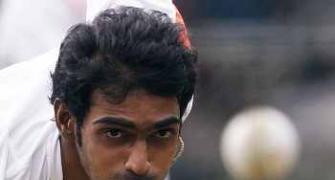 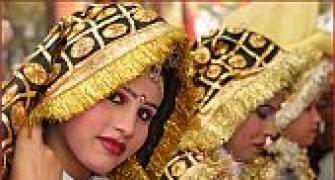