As soon as the powerful Standing Committee meeting of the Nepal Communist Party commenced at the Prime Minister's Official residence at Baluwatar, Prachanda slammed Prime Minister Oli for the remarks he made on Sunday in which he claimed that efforts were being made to oust him after his government redrew Nepal's political map by incorporating three strategically key Indian areas.

"The Prime Minister's remarks that India was conspiring to remove him was neither politically correct, nor diplomatically appropriate," Prachanda said.

"Such a statement by the Prime Minister may damage our relations with the neighbour," the chairman of the NCP warned.

Prime Minister Oli, 68, on Sunday claimed that there have been various kinds of activities in the "embassies and hotels" to remove him from power. He said some Nepalese leaders were also involved in the game.

Accusing the southern neighbour and leaders of his own party by the Prime Minister was not appropriate, a senior leader of the party quoted Prachanda as saying during the meeting.

Prachanda told Oli that it was not India but him who had been seeking his resignation both as party chair and prime minister, the NCP leader said.

"It shows that the Prime Minister was reduced to a minority both in the 48-member Standing Committee and nine-member Central Secretariat," the senior leader of the NCP party said.

Prachanda has time and again spoken about the lack of coordination between the government and the party and he was pressing for a one-man one position system to be followed by the NCP.

"I did not commit any mistake by claiming our land, which has been snatched from us for the past 58 years after Nepal enjoyed the rights over these areas for 146 years," Oli said on Sunday.

Nepal this month completed the process of redrawing the country's political map through a Constitutional amendment, incorporating Lipulekh, Kalapani and Limpiyadhura areas which India maintains belong to it.

India has termed as "untenable" the "artificial enlargement" of the territorial claims by Nepal.

The India-Nepal bilateral ties came under strain after Defence Minister Rajnath Singh inaugurated a 80-km-long strategically crucial road connecting the Lipulekh pass with Dharchula in Uttarakhand on May 8.

"In the past when I signed trade agreements with Beijing, my minority government collapsed. But this time we have a government with a full-fledged majority, so no one can remove me now,” Oli, known for his pro-China leanings, said on Sunday.

In July 2016, Oli had resigned as prime minister just before a no-confidence vote after the Maoists withdrew support from the coalition government. At the time, he had termed the no-trust motion as a conspiracy by "foreign elements" to turn the country into a "laboratory" and obstruct the implementation of the new Constitution.

Earlier in April this year, Oli was asked to resign from the post.

Prime Minister Oli was facing strong criticism from his own colleagues for the government's non-performance and lack of coordination between the party and the government. They were alleging Oli of running the government as per his whim without consulting with the party.

Oli last week skipped the first and the second day of the Standing Committee meetings. He, however, attended the third meeting on Saturday, but briefly. 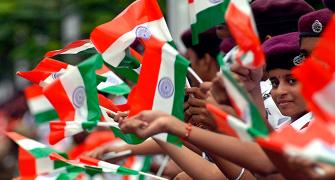 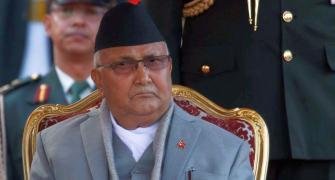 Onus on them for talks: Sources as Nepal revises map 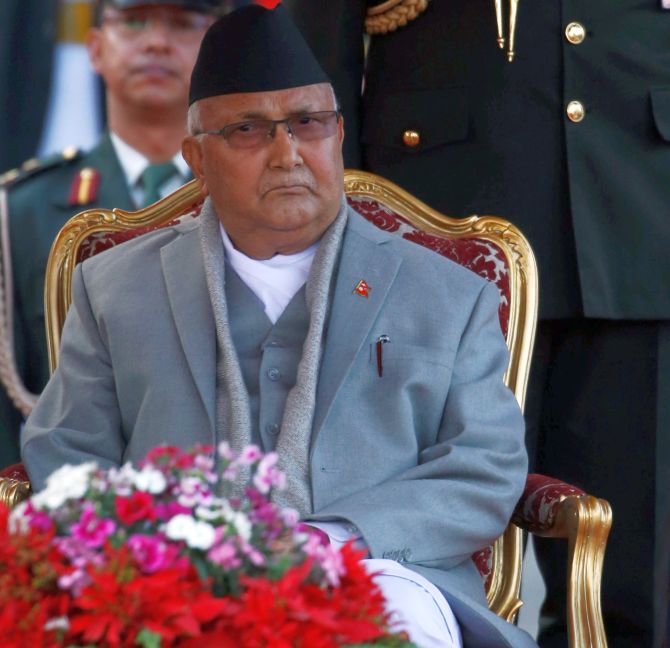 Will get back land from India through talks: Nepal PM