Prime Minister Narendra Modi on Saturday called for a debate on internal democracy in political parties, asserting that the growth of "true democratic spirit" within them is necessary for the country's future. 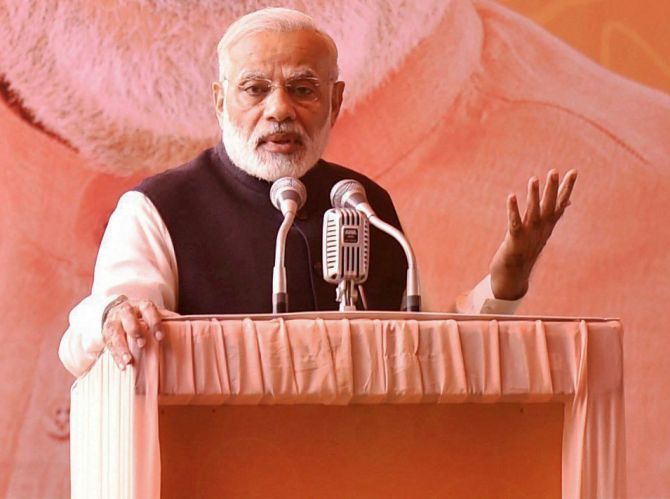 Modi made these remarks in a brief speech to the media at a 'Diwali Milan' event at the Bharatiya Janata Party headquarters in New Delhi as he pointed out that funding to political parties is often debated but not their values, ideologies, internal democracy and how they give opportunities to the new generation of leaders.

The country, he said, is not much aware of the practise of democracy within parties and the media should turn its attention to it, he said.

"Whether democratic values are a part of their (parties) core values or not, should be debated widely.... I believe that the development of a true democratic spirit within political parties is necessary not only for the country's future but also for democracy," he said.

Though the prime minister made no reference to any rival party, but his comments come against the backdrop of reports that the Congress may elevate its vice president Rahul Gandhi as president in place of his mother Sonia Gandhi.

The BJP has often accused the Congress of practising dynasty politics and juxtaposed that with the rise of its party workers to top echelons to project itself as a party with a difference. 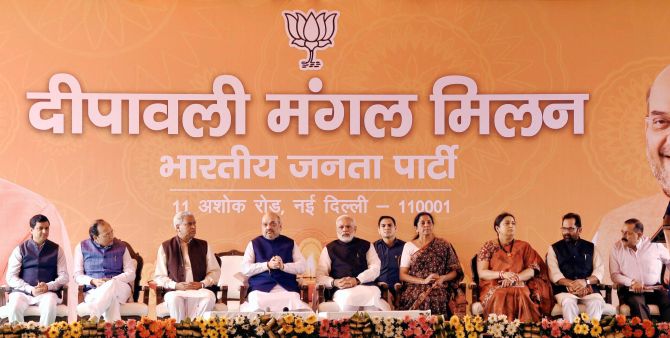 Modi also acknowledged that there are many voices within the BJP as he noted that when it was a small organisation earlier or during the times of Jana Sangh, its forerunner, there used to be "ideological harmony" from its central leadership down to workers in the bottom rung.

The party's expansion may be a reason behind divergent views, he said.

He also praised the media for its support to 'Swachh Bharat' (Clean India) project, saying it has spoken in one voice over the issue even if it might have been critical of the government over other matters.

The media has joined the scheme in "mission mode", he said, adding that the country has still a long way to go to achieve international standards of cleanliness but the campaign has built an atmosphere its its favour. 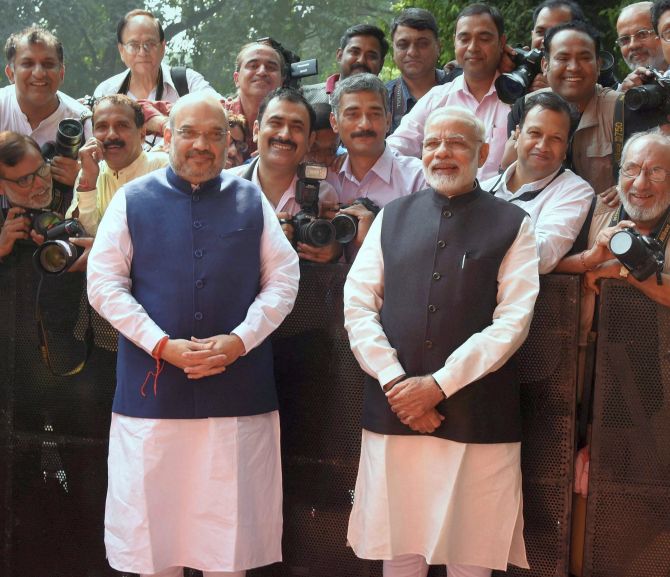 IMAGE: PM Modi and Shah pose for a group picture with photo journalists during the function. Photograph: Manvender Vashist/PTI Photo

On the occasion, the prime minister also made some light remarks recalling his initial days as a party office bearer in its headquarters when at times he had to look for journalists and fondly remembered his regular interactions with the media.

He said both the ruling party and the media may have expectations as well complaints from each other but they have to get along happily amid these differences.

In his remarks, BJP chief Amit Shah noted that Diwali marks the beginning of the new year in Gujarat, a state from where he hails from, and said the country has met various challenges successfully during the last year and moved ahead under the Modi government.

"We are entering the new year with a lot of positivity," he said. 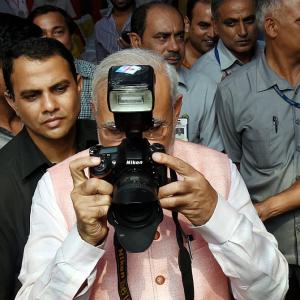