The Information and Broadcasting ministry is sending a show cause notice to Hindi news channel NDTV India over its coverage of the terrorist attack on Pathankot airbase which "prima facie" violated norms. 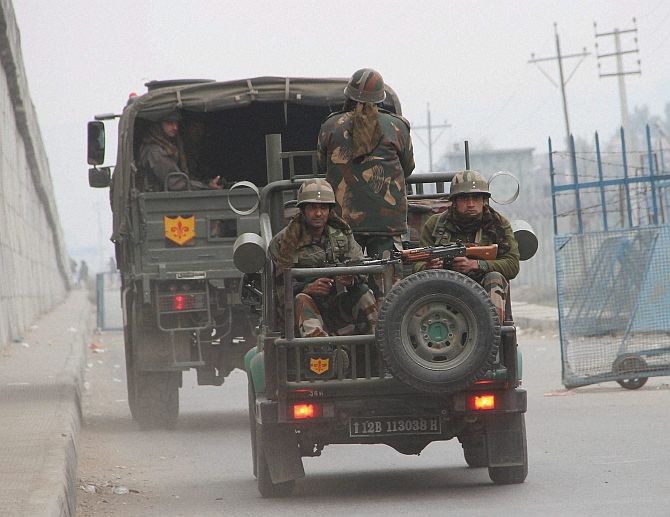 Sources said that the ministry has decided to issue a show cause notice to the prominent news channel after it observed that sensitive information was broadcast by it even when the operation was still on and two of the terrorists were known to be alive.

"It has come to the ministry's notice that when the operation was on, the correspondent of the channel gave details and locations of sensitive spots in the airbase. Telecast of such strategically sensitive information could affect the operations and could even cause damage," a source said.

It is learnt that during the telecast, the channel mentioned facilities like the fuel tank etc, which should have in any case been avoided when the operation was still on, officials said.

The I&B ministry has repeatedly asked for restraint by TV channels in their reporting of terror attacks especially when the operation is still on, they added.

"The ministry has decided to issue a show cause notice to NDTV India," an official said.

Officials said that under the Programming Code, which has to be followed by channels as per the Cable TV Networks (Regulation) Act, live coverage of anti terrorist operations is not allowed.

Media coverage in such cases should be restricted to periodic briefing by an officer designated by the government, officials said.

Since the channel "prima facie" did not stick to the norms, its explanation has been sought, they added.

Last year, the ministry had barred channels from airing live coverage of anti-terrorist operations by security forces by approving a new rule as per which broadcasters in such situations will have to restrict themselves to reporting periodic briefing by designated officers.

The home ministry has been persistently of the view that live coverage of anti-terror operations should be banned.

While delivering the first Justice J S Verma Memorial Lecture last year, I&B minister Arun Jaitley had said there had been reports that real time coverage of 26/11 terror attacks in Mumbai had helped the handlers of terrorists to get information about what the security agencies were doing.