Women's panel to take up Priyanka Reddy's murder with cops 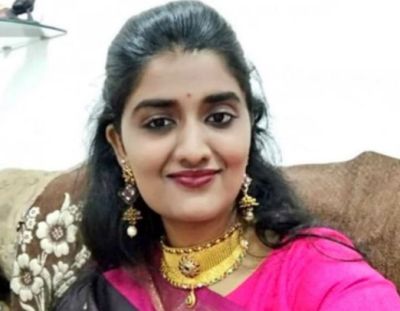 The National Commission of Women will be sending a member to take up with police the killing of 27-year-old Priyanka Reddy, a veterinarian who was reportedly set on fire after being sexually assaulted.

NCW Chairperson Rekha Sharma said, in a tweet, that the NCW won't "leave any stone unturned" till these perpetrators get the punishment they deserve.

According to media reports, the woman, an assistant veterinarian at a state-run hospital, was on her way home in Hyderabad when she was allegedly abducted and burnt alive by unidentified persons late on Wednesday.

The charred remains of her body were found under a culvert on Thursday, a day after she went missing. It was noticed by some passers-by who alerted the police.

Priyanka Reddy was working as an assistant veterinarian at a state-run hospital.

Members of Reddy’s family, who had filed a missing complaint after she did not return home by 10.20 pm on Wednesday, identified the body.

The police said she had gone to the hospital and returned home on Wednesday evening. She again left around 5.50 pm to go to another clinic and parked her two-wheeler near Shamshabad toll plaza and took a shared cab.

Her younger sister in a complaint lodged with the police said she got a call from her sister at 9.22 pm stating that she was still at the plaza as someone told her that her scooter had a flat tyre and offered to help her.

The complainant said her sister told her that after some time the person returned saying all shops were closed and he will try to get it repaired in some other place.

She also informed her sister that she was scared as there was a lorry in the vicinity and some people who had offered her help were near the vehicle, the complainant said.

The complainant said she called her again at 9.44 pm but the phone was switched off following which they approached the police.

Her body was found near a culvert on the Hyderabad-Bengaluru national highway, which is around 25 km from the toll plaza where she was last seen, the police said.

He said police were verifying CCTV footage and suspect the involvement of least two persons behind her disappearance.

US offers help to India to curb crimes against women