Naxalites have decided to train their guns against Multinational Companies (MNCs) operating in India.

In a statement sent to select media houses on Wednesday, the CPI-Maoists have declared that they would "rise up as a collective fist to drive out MNCs" from the country. The statement also reiterates that their mission is to wipe away the "treacherous rotten regimes" at the Centre and the states.

The Naxalites have said because mining activities by corporates have not benefitted the tribals it is justified to launch an armed struggle. However, government reports claim local leaders of the insurgent groups regularly extort hefty sums from miners to allow them to do business.

The tirade against the MNCs has come in the backdrop of the Bhopal gas tragedy verdict. Launching a scathing attack against the government and corporate India, Naxalite spokesperson Azad said, "We appeal to all democratic forces to unite, oppose and militantly resist the continuous sell-out of the country's interests to imperialist sharks. Time is running out. Unless we act collectively against the disastrous policies of the traitorous UPA government and various state governments we cannot prevent the whole of India from becoming a Bhopal."

The radical insurgents have also demanded that the assets of Dow Chemicals be confiscated and the "criminal" be forced to clean up toxic material from the Bhopal site. The banned outfit also took up another popular demand that the Dow be made to pay compensation to the 500,000 victims.

The outfit, blamed for the recent Jnaneshwari Express accident that took more than 180 lives, has expressed its "deepest anguish" at the plight faced by lakhs of people in Bhopal.

It claimed that the common man can never get justice from the "so-called courts of law or from the ruling-class parties whether it is the Congress, the BJP or the so-called Left."

Blaming the Congress as well as the BJP for the crimes committed by "MNC sharks like the Union Carbide", Azad targeted the government for rolling out the "red carpet, signing up MoUs, granting extraordinary concessions  like free land, water, power, tax holidays and ban legitimate trade union activities." 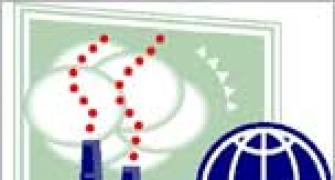