Navy chief on 10-day visit to US

Navy chief Admiral Nirmal Verma will be on a 10-day visit to the United States beginning Thursday where he will meet the defence top brass to discuss furthering of relations between the two militaries.

Verma's trip to the US was today described as a "structured, reciprocal" visit on the invitation of the American Navy's top Admirals, including the Pacific Command Chief Admiral Robert Willard, who was in India last week.

The Navy Chief will first visit Hawaii, the headquarters of the US Pacific Command, where he would meet Admiral Willard and visit some of the naval establishments and base there, a Navy spokesperson said here today.

Verma will then visit "four or five" other cities in mainland US including Washington, Seattle and Norfolk. In Washington, he would meet top Pentagon officials, including Defense Secretary Robert Gates.

He would also visit Norflok naval base and other military facilities in Seattle before returning to India on September 26, the spokesperson added.

India and US share a strong Navy-to-Navy relations and have been carrying out joint maritime exercises, codenamed Malabar, for several years now to achieve inter-operability between the two navies.

In the recent years, India has bought a number of naval systems and platforms from the US including USS Trenton (now INS Jalashva), a large landing pontoon dock for amphibious operations and P8I maritime reconnaissance aircraft for which a deal was signed in January last year. 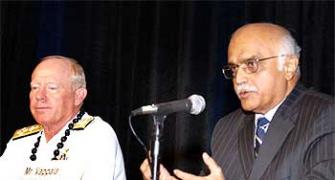 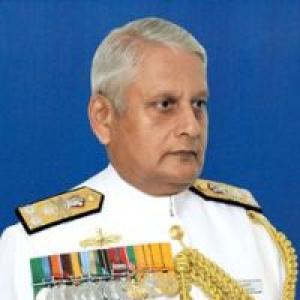