As North Atlantic Treaty Organisation's forces prepare their exit strategy in Afghanistan in 2014, Russia on Sunday raised concerns about a "new wave of terrorism" that could emerge in the region and affect India.

Thousands of terrorists and fundamentalists could seek refuge in Afghanistan and this could change the situation drastically for countries such as Tajikistan, Kazakhstan and Central Asia, warned Russia.

According to experts, political stability and international neutrality of Afghanistan is a major issue and there is a need to monitor the situation very closely once NATO forces withdraw. Sources in the Research and Analysis Wing point out that the possibility of radical terrorism re-emerging in the safe havens of Afghanistan cannot be ruled out.

Once NATO forces pull out, several splinter groups will try to take over control of the troubled nation and this could lead to immense instability in the region, which could be fatal to India.

Global powers such as China, Russia, United States and Iran may also try to stake their claim in Afghanistan. A nation with such a ravaged economy, society and political situation may not react well to such power play.

According to former chief of the Research and Analysis Wing C D Sahay, "It is interesting to note that Russia is expressing concern about the situation after a NATO pull-out. It is necessary for global players in Afghanistan to get engaged in the re-establishment of peace and order. In my view, after the pull-out, there is likely to be a re-emergence of three kinds of forces which have been in operation -- the Old Silk route involving China, the old Soviet revival in Afghanistan extending beyond central Asian republics and also the US-led interest groups. I am not including Iran and Pakistan as of now, as they have trans-border, regional and religious interests in the region. This actually makes the situation even more complex".

Officials aware of India's efforts in Afghanistan say that India has always maintained that there should be a strong regional involvement in bringing about peace in Kabul.

India's biggest problem is that Pakistan tends to react very negatively to this process and often accuses New Delhi of trying to make its influence felt in the strife-torn nation.

Indian think-tanks believe that it is important for regional players and neighbouring countries to put aside their bilateral differences and work together in a cooperative and not-competitive manner in Afghanistan. Without cooperation between the many nations working in Afghanistan, everyone's worst fears about the fate of Afghanistan after a NATO pull-out may come true.

The changing situation in Afghanistan, believe experts, should be perceived as an opportunity for international and regional cooperation.

Intelligence agencies warn that the situation could turn volatile once NATO forces pull out of Afghanistan. Many major terror groups which had been using Afghanistan as a safe haven were forced to look for other hideouts due to NATO's heavy presence in the country.

The security agencies fear that such forces may resurface and India may become one of their targets. Most of the forces operating from Nepal can go back to Afghanistan and unless the situation is kept under check with proper international and regional cooperation, the problem could become immense for India.

As Russia has pointed out, it is necessary for both Moscow and Delhi to work closely on the issue, otherwise the situation could get out of control. 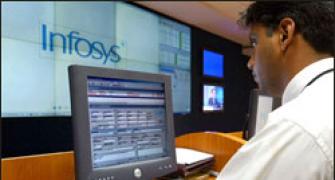 ANALYSIS: Why Infosys' margins will improve
Russia warns of new wave of terror in South Asia 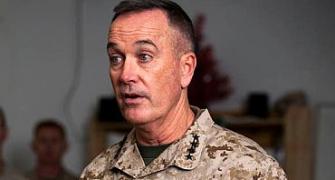 All eyes on Yuvraj as North take on Central in semis