Gujarat Chief Minister Narendra Modi appears set for a bigger role at the national level in the Bharatiya Janata Party ahead of the next Lok Sabha polls, with the party on Sunday re-inducting him into the Central Parliamentary board, its top decision-making body.

Modi, 62, is the only serving chief minister to be included in the Parliamentary Board by BJP president Rajnath Singh, who announced his new 76-member team on Sunday to steer the party into the next general elections.

Modi comes back to the party's top body after a gap of six years. He was removed from the board by Singh during his previous tenure as party president, ending speculation over the chief minister's future role at the national level in BJP.

Modi, who has been projected by a section within BJP as the party's prime ministerial candidate, has also been included in BJP's Central Election Committee, headed by Singh.

Among the new faces in Singh's team are former Madhya Pradesh chief minister Uma Bharti and Modi's confidant Amit Shah, who have been made vice president and general secretary respectively. Pilibhit Member of Parliament Varun Gandhi has also been elevated as the party's general secretary.

Party's senior leader and former finance minister Yashwant Sinha has not found a place in Singh's team. Among those who have been dropped include Najma Heptulla, Hema Malini and Shanta Kumar as vice presidents and Vasundhara Raje as general secretary.

Smriti Irani, who is a Rajya Sabha Member of Parliament from Gujarat and considered close to Modi, has also been promoted as vice president.

Former Karnataka chief minister Sadananda Gowda has been given the post of vice president while Rajiv Pratap Rudy has been elevated as the general secretary.

Durg MP Saroj Pandey has been made the new president of BJP Mahila Morcha, while Anurag Thakur continues as Yuva Morcha president in the new team.

Ravi Shankar Prasad, who is the BJP's deputy leader in Rajya Sabha, has been dropped as the chief spokesperson of the party.
Poonam Mahajan, daughter of late party leader Pramod Mahajan, has found a place in Singh's team and has been made a secretary, while Punjab's former health minister Laxmi Kanta has been given the post of vice president.

S S Ahluwalia, who was earlier BJP's deputy leader in Rajya Sabha, will be a vice president.

The new BJP team, which has adequate representation of women, includes tribal leader Jual Urao as vice president and Luise Marandi from Jharkhand as secretary.

All these top leaders, along with Gopinath Munde, Jual Oran, Shahnawaz Hussain, Vinay Katiyar, J P Nadda and Dr Harshwardhan, are part of the party's Central Election Committee. Mahila Morcha chief Saroj Pandey is the ex-officio member of this committee. 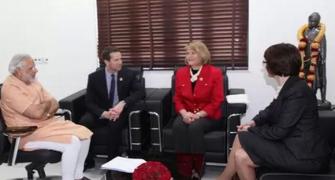 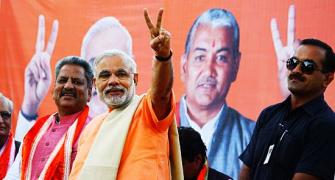 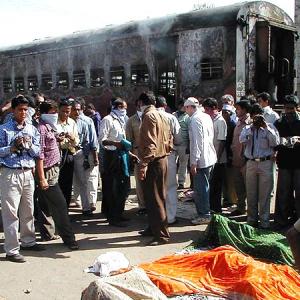 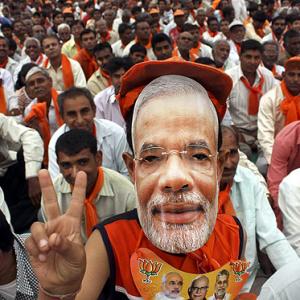