Source: PTI
December 17, 2010 15:03 IST
Telugu Desam Party chief Chandrababu Naidu on Friday launched an indefinite hunger strike demanding that the state and the central government immediately provide succour to hapless farmers and artisans who have faced the brunt of nature's fury in the last one year.

Naidu, the Leader of the Opposition in the assembly, launched the indefinite hunger strike at the new MLA quarters at Adarsh Nagar close to the state Secretariat after paying homage to TDP founder-president N T Rama Rao at the NTR Ghat.

Addressing the gathering at his fast camp, the TDP chief said the misery of farmers was leaving him in tears.

"The farmers and artisans faced the nature's fury at least five times in the last one year. The loss was colossal but the government failed to come to their rescue," he lashed out. Chandrababu demanded that the government pay a compensation of Rs 10,000 per acre to paddy farmers and Rs 15,000 for commercial crops like cotton and tobacco.

He wanted the government to fix Rs 2,500 per tonne as minimum support price for sugarcane and Rs 4,500 per bale for cotton and lift the ban on cotton exports. He also wanted the Food Corporation of India to relax fair average quality norms and purchase discoloured and damaged paddy at MSP. 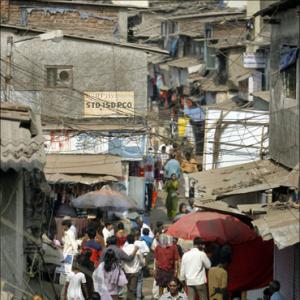 Why the poor in India need free foodgrains