Bharatiya Janata Party spokesperson and member of the Rajya Sabha, Prakash Jawadekar, claimed that former Pakistan president Pervez Musharraf's admission that they had recruited and trained terrorists in camps to carry out terrorist activities in India has vindicated his party's stand.

"Musharraf's statement clearly indicates that Pakistan is hub of terrorist activities in India. But he is telling a half-truth since he is not in power," Jawadekar said during a press conference held at the BJP headquarters in New Delhi on Wednesday.

"First, he accepted that Pakistani military and Inter Services Intelligence have trained terrorists and then said Pakistan pushed them into Jammu and Kashmir. Militant groups were allowed to be formed to spread terror in India and the Pakistan government turned a blind eye to all these ISI-sponsored activities. He further confessed that all these efforts were made to build pressure on India to arrive at some sort of solution on the Kashmir issue. The unrest and terrorist activities were used as a strategy to force India to compromise on Kashmir," said Jawadekar.

"We are of the opinion that terrorist attacks in Mumbai and stone-pelting incidents in Kashmir were also sponsored by the ISI. Musharraf does not say anything on this count because he is not in power. The Pakistan government has denied Musharraf's admission, but they must have done this due to international compulsions," he told rediff.com after the press conference.

When it was pointed out that all these activities were ongoing when former prime minister Atal Bihari Vajpayee was in talks with Musharraf, Jawadekar said there was nothing improper to initiative dialogue with the ruler of Pakistan to sort out outstanding issues including terrorism from across the border.

Jawadekar asked the government to take note of the admissions made by the former ruler of Pakistan and expose it on the international arena.

"Exposing Pakistan on the international forum will give India an opportunity to reveal to the world the Pakistan government's real motive, which is to unsettle India after the formation of Bangladesh," he said.

Talking about the political upheaval in the Karnataka, Jawadekar said there was no threat to the Yeddyurappa government and he will prove his majority on the floor of the assembly. "Why don't you wait till October 12, the deadline the governor has given to the chief minister to prove his majority? There is no crisis in Karnataka," he asserted. 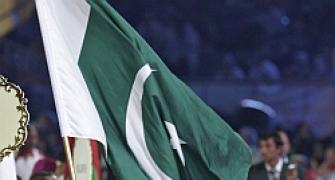 Pakistan lifters threaten to pull out of CWG
Advani, Bharti to visit Somnath temple on Sat 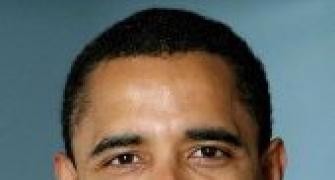 US in 'fight for future' with India, China: Obama 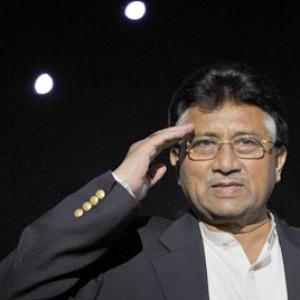