Musharraf back in power? No way, says US envoy

Former Pakistan President Pervez Musharraf has 'very slim' chances of regaining power in the 2013 elections, and any return to military rule in the country would be a disaster, a senior US official said on Wednesday.

'He has about as much chance of coming back to power as (former Soviet) President (Mikhail) Gorbachev,' The News quoted Richard Holbrooke, US administration's Special Representative for Afghanistan and Pakistan, as saying to a gathering of American diplomats and security experts.

Last month, Musharraf had announced in London that he had created a new party, the All Pakistan Muslim League, with an objective to compete in the 2013 polls.

Musharraf also said that he believed he had 'an even chance' of regaining power in Pakistan.

However, Holbrooke said that Musharraf's comments should be taken with 'considerable scepticism', and that the former ruler was responsible in large part for the current struggle against extremism in the region.

'Musharraf comes back and wins a democratic election? Fine. But as I indicated earlier, the chances of that are very slim,' he maintained.

'Had he fulfilled his promises to President Bush to restore democracy, close down the extreme madrassas (Islamic schools) and do the right thing in the tribal areas, we wouldn't be in the situation we are today. He didn't keep his word,' the envoy noted.

While Musharraf has apologised for his 'wrong decisions' made as President, he has stopped short of calling for another military takeover. He, however, indicated that he understood why some Pakistanis still considered it an option. 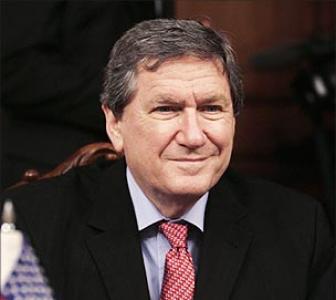