Many more questions about the terror attacks

Last updated on: December 08, 2008 09:46 IST
After we first posted a list of unanswered questions about the terrorist attacks in Mumbai 10 days ago, hundreds of readers mailed us with their own questions that need to be investigated by the security agencies.

Should you wish to add any fresh questions to this list, please e-mail questionsterror@rediffmail.com. We will post the most relevant questions here.

To this Mohit says: Sabina's husband has clarified that Airtel reps have told him that since the towers around Taj were shut down, it is possible that the phone might have picked up the signal from Raigad tower.

Kunal wants to know: I just heard from a guy who escaped from the Taj on Aaj Tak. He said that he saw a lot of security personnel, but none of them questioned him when he escaped from the rear of the Taj. This means that the terrorists as well could don a normal citizen's clothes and escape without any questions asked. I want to know what about Mumbai or rather Indian citizens's security if even one among them gets lost in Mumbai's crowds?

J D Kamble/Sachin wants to know: Why were the helicopters not brought in at the earlier stage?

The primary target seems to have been to capture the Taj and Oberoi hotels and take a bunch of hostages.

The events at VT, Leopold's, Metro etc were diversions to create panic and ensure the police were spread thin and could not respond quickly to calls from the 2 hotels.

If the motive was to inflict maximum damage, the terrorists seem to have done very poorly with the resources they had in terms of time, ammunition and equipment. They had more than 600 people locked in the 2 hotels for more than 10 hours before the NSG got there...An AK-47 can fire 600 rounds per minute.

From about 10:30 pm on 26th November to about 8 am on 27th November there was a complete standoff at both the hotels. There were a few guests who managed to get out at about 3 am from the Taj but there was no full scale assault by the Indian forces till the NSG got there at 8 am.

What took place during that period of 10 hours is the key to understanding the motive of the terrorists.

If the terrorists just wanted to kill everyone, they had ample opportunity to do so. They were obviously holding out for some kind of deal. Did the NSG spend those 10 hours negotiating a deal? Did they even make contact? I find it hard to believe that the NSG stormed the place and rescued almost every person taken hostage.

The other worrying thing is..what prevented the terrorists (or some of them) from getting rid of their guns and just walking out of the hotel, pretending to be one of the hotel guests? Hundreds of people got out of the Taj at 3-4am. Were all of them questioned?

The presence of American intelligence officials at the Taj that night adds another twist. There were also a group of EU officials present at the Taj for an Indo-EU summit. The terrorists had also captured group of Israelis at Nariman house. What happened to these groups? Who exactly were they? Were they the targets?

The circumstances in which three top Mumbai policemen charged with investigating the underworld were shot is puzzling as well. Only a trained sharpshooter with inside information could have managed to do this. The fact that the sniper then got away in the police van adds further credence to the fact that he had help from the inside.

wants to know: Quoting the same BBC article by Soutik Biswas: "They did not look Indian, they looked foreign. One of them, I thought, had blonde hair. The other had a punkish hairstyle. They were neatly dressed," says Mr Amir." What nationality were these "foreign looking" blonde haired guys who were part of the terrorist group?

wants to know: ? How come it is easy to blow the JW Marriott in Pakistan (which was inside a guarded compound), but cars with RDX were not used to blow away the Taj?

wants to know: If the Taj had central AC, why didn't anybody think of blowing in anesthetic gas to tranquilise all and then take charge of the whole building? The number of lives lost and damage could have been much less.

notes: Just wanted to know, how the security personnel storming the two hotels could shoot and use hand grenades in a bid to flush out the terrorists, knowing there could be hostages inside. How could they know they were targeting only the terrorists and that the hostages were not likely to get shot at or injured in the process. Considering there could be women and children too in there.

The news reporters have, personally I feel, been overtly responsible for the terrorists to get information on what was happening every step of the way and accordingly planned their next move. There was no immediate or pressing need that the people of India be informed of minute by minute details of what was happening. More important was saving the lives of hostages and catching the terrorists.

Also, the commando chief should not have spoken to news people during the crisis informing them how many men had been deployed etc.

Moreover, the crowd of onlookers should have been told to leave the spot immediately . The area should have been cordoned off. Abroad, such places are off-limits to all. Even reporters. Even while the shooting was on, bystanders were around.

Just to say that its going to be a long, long while before there are any changes in the mentality of us Indians.

wants to know: The main issue to ponder over is that who is the "mastermind"? Who is paying money to the terrorists? Who is arranging the ammunition? Who is killing civilians (including Muslims) in the name of jihad? Who is the "big boss"? Is there anyone who would gain if there were a war or many pseudo-wars between the two neighboring countries? Who will make the highest profit out of all the mayhem?

wants to know: The residents of Cama hospital have informed about one lady accompanying the terrorists in a burqa when they stormed the hospital. Where is the lady now? Do the government or the security agencies know the lady's whereabouts? Or is it that the government wants to downplay the role of the lady?

What the level of training and preparedness of the Mumbai Police? In the first hour itself the police lost there senior officers and after that it virtually accepted defeat giving command to the army and later to the NSG. No doubt, the policemen who died were brave, but that is a small consolation. What we look for is physically and mentally fit and intelligent officers like the army who fight with enemy but are trained for their survival.

says: Being an ex -army officer I would like to know the following :

wants to know if the terrorists were circumcised.

wants to know: Has any of the government agencies set up a hotline/Web site to get leads?

wants to share some thoughts: How they got the ammo inside the hotels -- no hotel staff will check your suitcases (which, incidentally, are quite high in capacity) during the time of check-in. Hotels simply 'assume' that the bag has come straight from the airport/railway station. And they had US dollars. 'Atithi Devo Bhava' became 'Atithi Devil Bhava'

provides some answers: wants to know: The television visuals clearly showed Hemant Karkare wearing a helmet and a bullet-proof vest. How did he get hit in the chest? Response: It is said by different experts that the bullet-proof vests used by the Mumbai police and ATS is only able to stop bullets fired from small caliber weapons like hand .22 hand guns. These kinds of vests are vulnerable to high caliber automatic assault rifles like the Kalashnikov. Thus even with the bullet-proof vest, the late Mr Karkare was vulnerable to shots fired from a very close range. wants to know: We all know that the operation took time because the commandos were searching each and every room at the hotels and had no idea in which room the terrorists were hiding. Is it technically not feasible to tell how many people are there across the room with the help of some penetrating laser light etc? Response: There is no laser and infra red imaging device than can penetrate through solid walls or doors. X-Rays and Ultrasonic waves can penetrate solid obstructions but they need to be reflected back to the sensors in order to get an image, which was not possible there (unless you make a giant size X-ray sensor and place it outside to cover the entire building). wants to know: When a machine gun is sprayed normally the cops would have got hit by one bullet. How did Hemant Karkare have 3 shots in his chest? There is still no explanation on why he would remove his bullet-proof vest when he had worn it on live television? Response: A machine gun fires extensive amount of rounds/minute (as close as 600 rounds/minute) So it's very unlikely that even in burst (Let alone the fully automatic mode) mode only one bullet will hit the target. The fact that the late Mr Karkare was shot from a close range, makes it possible that he took 3 shots in his chest. Also the vest he was wearing was not designed to stop bullets fired from high caliber assault rifles. Only high tech multi layered composite bullet-proof jackets, made of different composite layers of Polyethylene, Steel and Ceramic plates, can stop assault rifle hits to some extent. wants to know: If the Taj had central AC, why didn't anybody think of blowing in anesthetic gas to tranquilise all and then take charge of the whole building? The number of lives lost and damage could have been much less. Response: This kind of solution is only possible in movies. In reality to fill the entire building with anesthetic gas that can actually tranquilize they would have needed probably 50 tanker trucks filled with gas, and this alone would have taken more time than the entire operation's time span. Also, since the buildings were not air tight, the gas could have escaped on the streets affecting un-masked people around. wants to know: In the Nariman House operation, it was pretty clear that there were hostages and it was located within the vicinity of residential buildings, which is the reason given for why the operation took so long.. Finally, we saw the commandos blow up the entire 3rd floor. Blowing up the floor would have blown up the hostages too. If it had to be done, why not much earlier? Response: Despite some of the media outlets claims the commandoes did not blow the entire 3rd floor apart. They can't do that anyway. What we have seen on the television is a controlled explosion intended to rip only the window grills apart to make a clear space for commandoes and/or snipers. They also blown a hole into the wall to make a way into the floor.

wants to know: I have three questions based on what I have read in The Hindu:

says I am a Pakistani and want to ask:

wants to know:
SHARE THIS STORY
Print this article 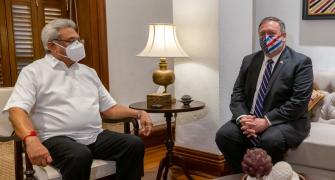 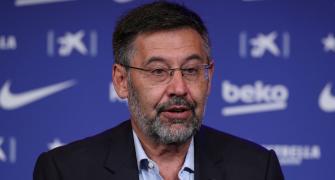 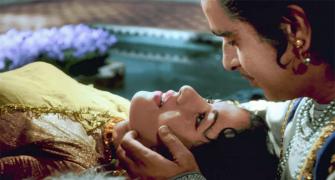