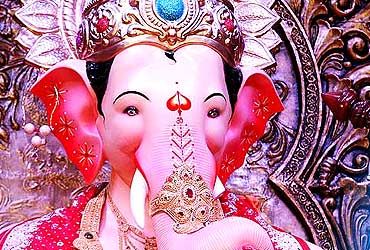 Till Saturday morning the cash counted at the pandal was Rs 5.5 crores. Two more cash boxes are still to be counted -- one is the 'dengi' (donation) box and the other that went with the Raja for immersion.

Trustee of the Sarvajanik Ganesh Utsav Mandal Lalbaug, Sunil Joshi said," Besides the money, 5 kilos of gold ornaments like gold chains, coins, rings and necklaces have also been donated by many of the devotees. 200 kilos of silver has also been given by the devotees to this year."

He added that 100 volunteers are working in shifts to count the donations. While the counting is on, the gold and silver ornaments would be auctioned off from Saturday evening. There are huge takers for the auction as people believe that the ornaments are blessed by the Lord himself.

Interestingly this year people have not just donated money and gold, for instance one of the devotees has donated an ambulance to the mandal. 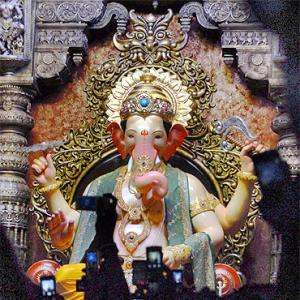