Mumbai: Rapists threatened girl, forced her to clean up Mumbai police, who are probing the gang rape of a 23-year-old photojournalist, have claimed that the culprits had forced the victim to clean up the crime scene at the desolate Shakti Mills compound in the city.

Explaining how the young scribe was brutalised, the investigators said that all the five accused took turns to sexually assault the victim and then coerced her into cleaning the crime scene.

Police have also recovered some broken beer bottles with which the accused had threatened the girl, before gangraping her in the defunct mill premises at Lower Parel on August 22, when she went to shoot pictures for an assignment with her male colleague.

The fingerprints discovered on the bottle will be used as evidence in the case. The evidence, along with other forensic samples, was sent to the Forensic Science Laboratory in Kalina, they said.

Meanwhile, Salim Ansari, the fifth accused, who was arrested from Delhi by crime branch sleuths on Sunday, was on Monday produced before a metropolitan magistrate's court in Mumbai.

The court remanded him to police custody till September 5.

He was arrested from Bharat Nagar in north-west Delhi while he was on his way to a relative's house in the capital. He was taken to a hospital for medical tests and later brought to Mumbai.

Police sought Ansari's custody, stating that the clothes he wore on the day of the crime needed to be recovered and the investigation in the case had reached a crucial stage.

All the five accused have been booked under various sections of the Indian Penal Code such as 376(D) (rape), 342 (wrongful confinement), 506(2) (criminal intimidation) and 34 (common intention).

Image: One of the five accused at a local court in Mumbai ' Photograph: Sahil Salvi 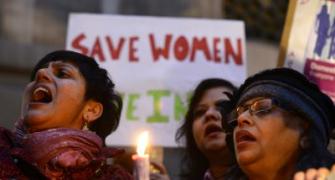 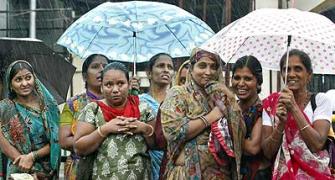 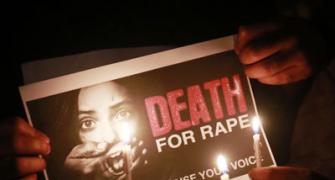 Go after these inhuman Rapists! 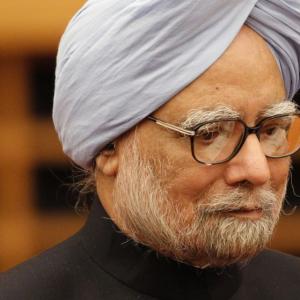