We didn't have any intelligence on Mumbai blasts: Chidambaram

"It is clear that these are not remote controlled blasts. The Central Forensic Science Laboratory teams from Delhi and Pune are already working on analysing the make and composition of the explosive and what kind of timer was used," said Chidambaram.

The home minister admitted that the state police or the probe agencies had not received any specific intelligence about Mumbai being targeted again.

According to the inputs shared with the home ministry so far, the group that carried out the serial blasts have worked in a very coordinated manner.

Chidambaram also ruled out the possibility that these terror attacks were intended to hit the trading community in India's commercial capital.

He said, "All the three places that have been attacked are densely populated. In such places, even low intensity blasts have a high impact."

Teams from the National Security Guard, National Investigation Agency and CSFL have all reached Mumbai and they are working in co-ordination with the Maharashtra Anti Terrorism Squad and the Mumbai Crime Branch, said the home minister.

All the basic and preliminary evidence from the three blast sites have been collected by forensics personnel. As the use of remote control to trigger the blasts has been ruled out, the focus of forensic analysis will be to determine the nature of the explosive, the kind of timers used, the packaging of the bombs, where it was planted and the extent of damage.

All the three blast sites have been barricaded and entry to these sites has been restricted.

Chidambaram also assured the media that they will receive updates on the investigations every two hours from the home ministry and the Maharashtra state administration personnel.

When asked if intelligence and investigating agencies suspect the blasts to be the handiwork of a particular group like Indian Mujahideen, Chidambaram refrained from speculating.

He said, "I do not want to speculate. I even request you to refrain from speculating. We have asked the Maharashtra police to not work on any presumption or assumption. All the terrorists groups are motivated; any one of them could have carried out the attack."

While the blast in Dadar was low in intensity, the explosions at Zaveri Bazar and Opera House were high-intensity ones, said Chidambaram, adding, "The fact the blast took place one after the other, separated by a span of a few minutes, show that it was a coordinated effort".

Even as the home minister expressed his condolences, he pointed out that these attacks have taken place 31 months after the 26/11 terror strike, insisting that the Maharashtra police had taken significant action by cracking several important cases.

He added that since 26/11, the situation in Maharashtra had been "reasonably secure."

To buttress his point, Chidambaram referred to the two alleged Indian Mujahideen operatives who were arrested two days ago by the Maharashtra Anti-Terrorism Squad and the arrests of several key Naxal leaders and operatives a few months ago.
When asked if the recent attack is in retaliation to these arrests, Chidambaram said, "We have asked the Maharashtra police not to rule out any angles and work on all of them. We have also instructed them to not work on any presumption or assumption. The Maharashtra police has taken some strong action in the past, and we are not ruling out anything."

Chidambaram also appealed to the citizens to remain calm. He said, "I am sad that a second incident of attack has happened after 26/11 and that too in Maharashtra. But I am sure the people of Mumbai and Maharashtra will stand up once again. "

In the serial blasts at three sites on Wednesday night, 18 people were killed and 131 injured. Of the 131 injured, 26 have been discharged, 82 are in a stable condition while 23 were seriously injured. 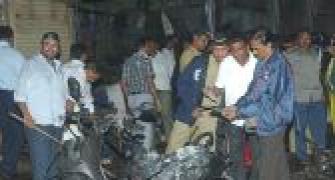 Carnage at Zaveri Bazaar
VIDEOS: Eyewitness accounts and the destruction 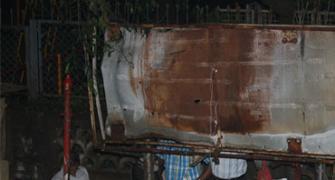 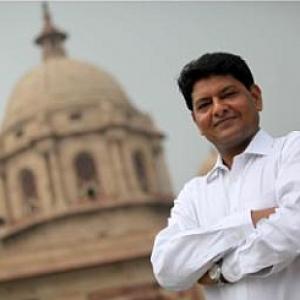 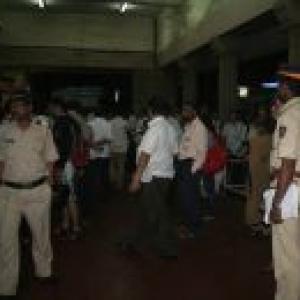 At the KEM hospital, a wife waits, in hope