Source: PTI
September 05, 2011 08:39 IST
After remaining shut for four days, the main runway of the Mumbai airport was on Monday reopened after a team of engineers towed away a Turkish Airways' Airbus 340 aircraft, which got stuck in the mud when it skidded off the tarmac, airport officials said.

"The Turkish Airways' plane TK-740 was towed away at 1:17 hours," the airport spokesperson told PTI, adding that the runway has been "handed over" to ATC at 6:51 am for operation.

The plane was taken to the Air India hanger for repair.

The Airbus was grounded off the main runway around 150 m from rapid exit taxiway N8. A combined team of engineers from Larsen and Toubro,

Mumbai International Airport Ltd, Air India as well as Turkish Airlines were working together with 200 labourers in shifts since Friday.

Due to closure of the runway several fights were cancelled and many were diverted. 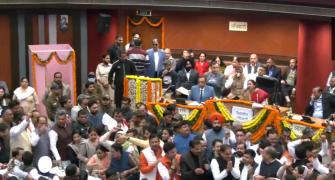 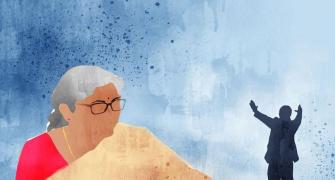 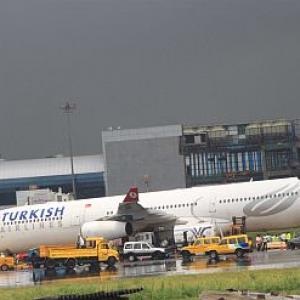