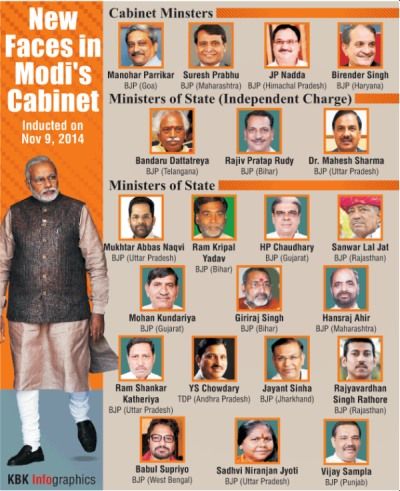 Former Goa Chief Minister Manohar Parrikar and former Shiv Sainik Suresh Prabhu were inducted into the Union Cabinet and given defence and railway portfolios respectively on Sunday as Prime Minister Narendra Modi undertook an expansion of his council of ministers and reshuffled portfolios while bringing in 21 new faces.

Finance Minister Arun Jaitley, who shed the defence portfolio, interestingly got information and broadcasting from Prakash Javadekar, who has now been left with only environment and forests.

Health Minister Harsh Vardhan has been shunted to science and technology and earth sciences.

Transport Minister Nitin Gadkari has been divested of the rural development charge in favour of Singh.

The main focus of the prime minister has been to take away additional charges from several of the ministers and give it to the newcomers in a bid to streamline the functioning of the ministry and to quicken their pace of work.

Two ministers of state with independent charge who were sworn in on Sunday were former ministers in Vajpayee government -- Bandaru Dattatreya and Rajiv Pratap Rudy, who have been given labour and employment and skill development and entrepreneurship portfolios respectively.

Cabinet Minister Ravi Shankar Prasad has retained communication and information technology while being asked to give up the law portfolio.

Santosh Gangwar will now only hold the charge of textiles ministry and MoS (independent charge) and has been divested of the charge of MoS Parliamentary Affairs and the MoS, ministry of water resources, river development and Ganga rejuvenation.

The charge of labour and employment has been taken away from Steel and Mines Minister Narendra Singh Tomar and given to Bandaru Dattatreya as MoS (IC).

Colonel Rajyavardhan Singh Rathore has been made MoS information and broadcasting.

The charge of MoS skill development and entrepreneurship has also been taken away from Sarbananda Sonowal, who now retains only youth affairs and sports (independent charge).

G M Siddeshwara is the new MoS heavy industries and public enterprises shifting him from the civil aviation ministry, now given to Mahesh Sharma.

Nihalchand gets the charge of MoS panchayati raj while Upendra Kushwaha is the new MoS in the human resource development ministry after being shifed from MoS rural development, panchayati raj and drinking water and sanitation ministries.

Sunday’s exercise was marred by the boycott of Shiv Sena which recalled its nominee Anil Desai from Delhi airport back to Mumbai and warned that the party would sit in Opposition if the Bharatiya Janata Party goes with the Nationalist Congress Party in Maharashtra.

The already-strained BJP-Sena ties further dipped when Prabhu, power minister in the Atal Bihari Vajpayee government, deserted the Sena and joined BJP in the morning to take oath as a Cabinet minister.

Prabhu has already been appointed Modi's 'sherpa' for the G-20 Summit.

On a day of dramatic developments, Sena chief Uddhav Thackeray kept the door open saying that the BJP should come clear on whether it wants to take NCP's support in Maharashtra in two or three days.

"If BJP wants to go with NCP, then our path will be different. We are prepared to sit in the Opposition," Thackeray told the media in Mumbai after a meeting with party leaders late in the evening.

The new BJP government in Maharashtra is to face a trial of strength on Tuesday after which the Sena would finalise its strategy vis a vis BJP.

Against Sena's demand for two more Cabinet berths, the party was reportedly told by BJP President Amit Shah that only one post of the Minister of State was possible for Desai. Sena chief Uddhav Thackeray then decided to call it off.

Ahir was rewarded for his relentless campaign as a whistle-blower in the coal block allocation scam.

Among those rewarded with ministerial berths were Giriraj Singh, Lok Sabha member from Bihar who had made a controversial statement that the place for those who do not like Modi is in Pakistan and Ram Kripal Yadav, a former RJD leader, who defeated Lalu Prasad's daughter in Patliputra on BJP ticket.

The induction of Rudy, who defeated Lalu's wife Rabri Devi in Saran, Giriraj Singh and Yadav is seen as an attempt to woo various caste groups in Bihar which will go to assembly polls next year.

One-third of today's induction and overall strength of the ministry comes from heartland Uttar Pradesh and Bihar. 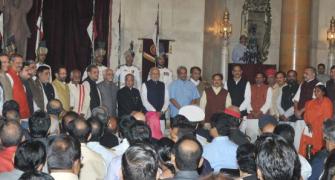 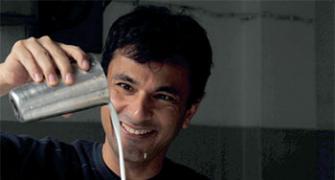 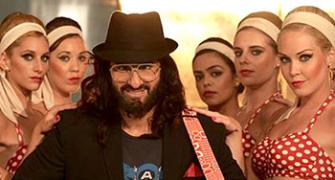 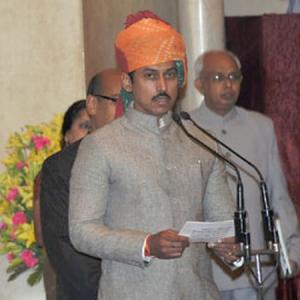 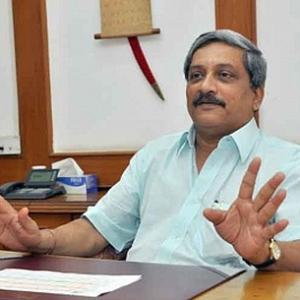