The moderate faction of the Hurriyat Conference decided on Sunday, not to meet the interlocutors appointed by the Centre for Jammu and Kashmir, saying such an exercise was aimed at keeping the issue lingering.

"We have nothing against the team of interlocutors personally but we feel that it has been done to procrastinate the issue," Hurriyat Chairman Mirwaiz Umar Farooq told reporters in Srinagar. He said interlocutors are appointed in places where there is confusion or the message of the people is not clear. "The message from Kashmir is loud and clear ... there is no confusion. The people of Jammu and Kashmir want resolution of the issue under the right to self determination. They have done that over the past five months," Mirwaiz said.

He said the Hurriyat Conference has made a conscious decision not to be part of any process that is aimed at keeping the Kashmir issue lingering. The Hurriyat chairman questioned the need for appointing interlocutors as the separatist amalgam had held a dialogue with the prime ministers of both India and Pakistan in the past. "The dialogue has to be at the

highest level. We have held talks with the prime ministers of India and Pakistan earlier. What is the need for interlocutors now?" he asked.

The hardline faction of Hurriyat Conference headed by Syed Ali Shah Geelani has already rejected the appointment of interlocutors as a futile exercise. Eminent journalist Dileep Padgaonkar is heading the three-member panel of interlocutors which also includes educationist Radha Kumar and Information Commissioner M M Ansari. The panel arrived in Srinagar on Saturday on a four-day visit to the state. "Our main focus is to address the political angle of Kashmir dispute. We are here to talk to every shade of opinion and we are here to listen to the people," Padgaonkar said.

The Centre named the interlocutors to hold talks with all shades of opinion including the separatists in Jammu and Kashmir as part of efforts to bring peace in the state. The decision to appoint a set of interlocutors was taken at the Cabinet Committee on Security meeting chaired by Prime Manmohan Singh on September 25. The interlocutors have met several eminent persons in Kashmir so far and many meetings scheduled on Sunday.
Source: PTI© Copyright 2020 PTI. All rights reserved. Republication or redistribution of PTI content, including by framing or similar means, is expressly prohibited without the prior written consent.
Related News: Hurriyat Conference, Kashmir, Mirwaiz Umar Farooq, Dileep Padgaonkar, Information Commissioner M M Ansari
SHARE THIS STORY
Print this article
Exclusive: Arun Jaitley on the Kashmir issue 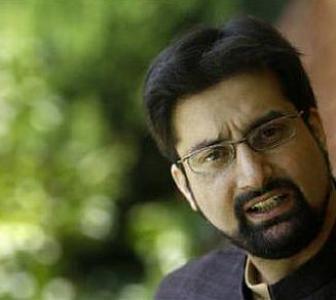 'They met and left, I am under house arrest again'
'Collective punishment being inflicted on J&K'