Egyptian armoured vehicles and troop carriers on Saturday rumbled into Cairo to cordon off the Israeli embassy after protesters stormed the premises, forcing the Israeli envoy and the staff to flee and prompting United States to call for the protection of the Jewish mission.

Hundreds of troops had to rush in and take positions around the building housing the Israeli mission after the police failed to stop the protesters from barging into the complex and vandalising it.

Three persons were killed and more than 1,000, including 300 policemen injured, due to long protests during which demonstrators used hammers and large iron bars to tear down the wall outside the embassy building. The Egyptian army had to send a commando force to rescue six Israeli guards trapped in the building surrounded by thousands of protesters.

While the commandos rescued some of the embassy staff, Israeli news portal 'Ynetnews' said Ambassador Yitzhak Levanon and 80 other members of the diplomatic staff had been sneaked out of Cairo in a secret operation, without giving details. They were airlifted by a special Israeli Air Force plane.

Egypt's military-led interim government declared a state of high alert after the attack.

Protesters torched police trucks and attacked the regional police headquarters after the army intervened to disperse the violent mob. The mob had earlier barged into the building housing the Israeli embassy, dumped hundreds of documents out of the windows, torn down the Israeli flag and thrown it away.

A former Israeli diplomat told Israeli paper Haaretz that none of the documents were classified.

The attack on the Israeli embassy is the worst since the Jewish state established its mission in Cairo after signing a peace treaty with Egypt in 1979.

The attack on the Israeli embassy came after a sermon by a Muslim priest at the iconic Tahrir Square on Friday.

The priest proclaimed, "It would be shame on the Egyptian people if they forget their revolution."

Egypt's Interior Minister Mansour al-Eissawy declared a state of high alert and the government convened an emergency session to deal with the crisis. The Egyptian interior ministry blamed "foreign hands" for the violence.

The state TV reported that before leaving Cairo, Israeli ambassador Levanon met with the top general of the ruling military junta and appeared "anxious and even scared". Levanon had recently returned to Cairo from a vacation in Israel.

"President Obama expressed his great concern about the situation at the embassy, and the security of the Israelis serving there," it said in a statement.

"He reviewed the steps that the US is taking at all levels to help resolve the situation without further violence, and to call on the government of Egypt to honour its international obligations to safeguard the security of the Israeli embassy," the White House said.

Hours after violence broke out, Egyptian troops and armoured cars marched in to cordon off the entire district housing the Israeli embassy. The army intervention came after police reinforcements failed to disperse the mobs.

An Israeli official said in Jerusalem that the attack on the embassy was a "grave violation of diplomatic norms" and a "blow to peaceful relations between the two nations". 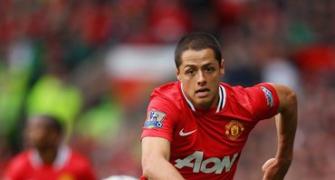 Man United ready to unleash their pea shooter
Video: After protests, its clean-up time in Cairo 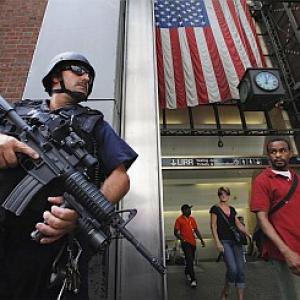 US safer because of Pak's cooperation: White House