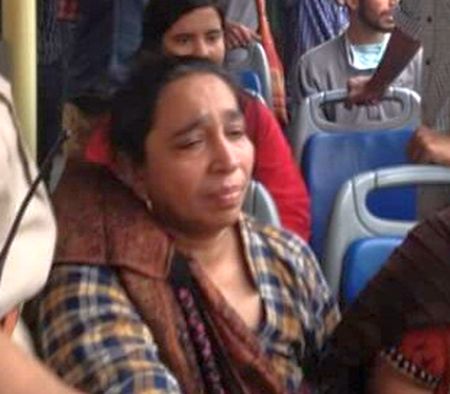 The disappearance of Jawaharlal Nehru University student Najeeb Ahmed, whose whereabouts are not known since October 15, today reached the Delhi high court where his mother sought directions to the police and the government to produce him before the court.

Ahmed, 27, a student of School of Biotechnology at Jawaharlal Nehru University and a native of Badaun in Uttar Pradesh, went missing on October 15 following an on-campus scuffle allegedly with members of Akhil Bhartiya Vidyarthi Parishad the night before.

The petition came up before a bench of justices G S Sistani and Vinod Goel which issued notice to the Delhi government and the police asking them to explain their stand on the plea by the student's mother, Fatima Nafees.

Najeeb's mother, in her petition filed through advocate Ali Qambar Zaidi, sought the setting up of a "court appointed special investigation team of impartial officers of proven integrity from outside the state of Delhi" to take over the entire investigation from Crime Branch of Delhi Police.

Earlier, an SIT of Delhi Police was set up to trace the missing student on instructions of Home Minister Rajnath Singh.

While the case was being investigated by the SIT, teams were sent to Darbhanga in Bihar and Nepal after they got leads hinting that Najeeb might be there, but they failed to find him. Thereafter, the case was transferred to the police's Crime Branch for a "fresh look" into it.

The police has increased the reward for information about the student from the initial amount of Rs 50,000 to Rs five lakh, but no productive leads have yet been found.

In her plea, 45-year-old Fatima has alleged that her son was beaten up by members of ABVP "which is affiliated to the RSS and therefore, closely connected with the BJP which is the party in power at the Centre and since the Delhi Police comes under the control of the Central Government, it is not likely that any progress will be made in the investigation".

She has sought criminal prosecution against those persons who were involved in the alleged assault of her son on the basis of the records of the investigation carried out so far. 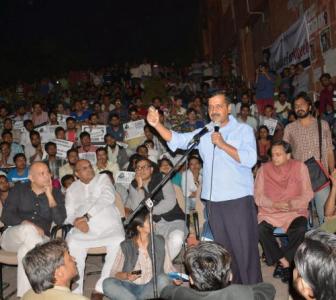 Whoever speaks against RSS, BJP will go missing like Najeeb: Kejriwal in JNU 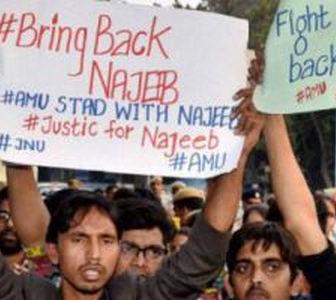