MHA's plan to hire choppers for anti-Naxal ops on hold

Source: PTI
May 07, 2012 19:50 IST
With aviation regulator Directorate General of Civil Aviation suspending the operating permit of Global Vectra, the Ministry of Home Affairs ambitious plan to hire nearly a dozen helicopters from the private firm to be used for anti-Naxal operations has come a cropper.

The choppers of the firm were expected to be taken on lease to be deployed in Naxal affected states to assist security forces and the MHA had issued a Letter of Intent (LoI) in this regard last year.

Official sources said following the withdrawal of the operating permit of Global Vectra, the home ministry has decided to put on hold its plan to hire the helicopters from the company.

It will now have to look for other private firms for hiring the helicopters.

The ministry has also sought legal opinion whether it can now hire choppers from other operators in the consortium of bidders which also includes another private firm UTair.

DGCA today suspended the operating permit of Global Vectra Helicorp Limited whose promoter Ravi Rishi is under the Central Bureau of Investigation scanner in the controversial Tatra truck deal with the army.

The new choppers, once hired, would have been deployed to assist in the deployment, reinforcement and casualty evacuation of troops of the Central Reserve Police Force, Indo Tibetan Border Police, Border Security Force and state police personnel involved in counter-Maoist operations.

At present, four MI-17 helicopters of the Indian Air Force along with few from the Pawan Hans stable are deployed for similar duties in the Naxal operations grid.

The ALH Dhruv fleet has already been grounded by the government after it met with accidents. 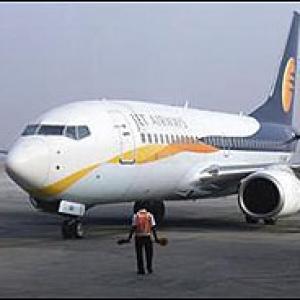 No work, no mistake a dangerous policy: BJP to Antony