Mexico deports over 300 Indians trying to sneak into US

Over 300 Indians, including a woman, who were deported by Mexican immigration authorities for illegally entering the country to sneak into the United States landed in New Delhi early on Friday morning. 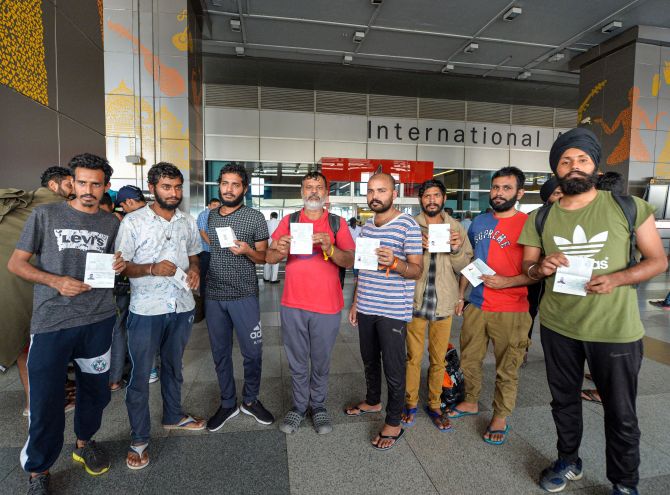 IMAGE: Indian nationals who did not have a condition of regular stay in Mexico show their passports at Indira Gandhi International Airport after being deported in New Delhi. Photograph: Vijay Verma/PTI Photo

"We landed around 5 am in the morning and the formalities took several hours before we could exit the airport around 1 pm," Jashanpreet Singh, one of the deportees, said.

According to a press release issued by Mexico's National Migration Institute on Wednesday, the Indian nationals, who did not have a condition of regular stay in the country, were deported from the Toluca City International Airport on a Boeing 747 aircraft to New Delhi.

The people were presented to the immigration authority in the states of Oaxaca, Baja California, Veracruz, Chiapas, Sonora, Mexico City, Durango and Tabasco.

The move comes after US President Donald Trump in June threatened tariffs on all Mexican imports if the country did not put a check on people entering America through Mexico's borders.

Mexico had agreed to boost security on the border and expand its policy of taking back migrants.

The deportees, who were accompanied by Federal Migration agents as well as members of the National Guard, were gathered in the Acayucan Migration Station in Veracruz to carry out their identification and subsequent transfer, the statement said. 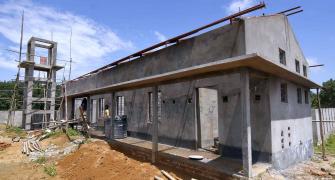 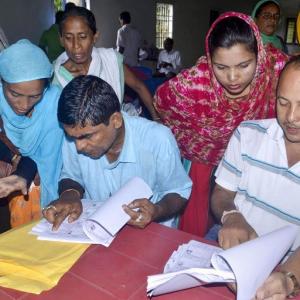