Pakistan has not received a visa application from controversial businessman Mansoor Ijaz, the main accuser in the memo scandal, in Switzerland or any other country, foreign office spokesman Abdul Basit said on Thursday.

Ijaz's visa application or passport had not been received by any Pakistani mission so far, Basit told a weekly news briefing in response to questions. He rejected media reports that Ijaz had applied for a visa to the Pakistani embassy in Switzerland.

Pakistan Interior Minister Rehman Malik had on Wednesday dismissed media reports that Ijaz, an American national, had been issued a visa to come to Pakistan to testify before a commission probing the memo scandal. "Ijaz has not yet applied for a visa. However, Pakistani embassies have been directed to issue a visa to Ijaz immediately after he applies for it," Malik told reporters outside the parliament on Wednesday night.

"News reports regarding the issuance of a visa to Ijaz are baseless," he said. "Ijaz should come to Pakistan so that "rumours could come to an end", he added.

The Supreme Court-appointed commission that is investigating the mysterious memo made public by Ijaz has asked him to appear before it on January 24. Ijaz failed to make a scheduled appearance before the commission on Monday.

Ijaz's lawyer Akram Sheikh had then claimed he had deferred his travel plans due to security concerns.

The unsigned memo sought United States help to stave off a feared coup in Pakistan after the killing of Al Qaeda's Osama bin Laden by American special forces in May last year.

Acting on a batch of petitions, including one from main opposition Pakistan Muslim League-N chief Nawaz Sharif, the apex court ordered the commission to investigate the scandal.

Ijaz has been described as the star witness for the commission but doubts and confusion have surrounded his plans to travel to Pakistan. After he claimed that he and his family had received threats, the commission ordered that police and army soldiers should be deployed to guard him when he arrived in Islamabad. 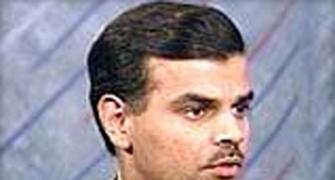 'Mansoor Ijaz was working for the ISI'
Memogate: Ijaz to depose before Pak SC, vows to expose Haqqani

Memogate: Ijaz gets Pakistan visa, to travel on January 24